Episode begins with Rehaan and Shayari comes inside the black cave and Rehaan does magic to clear the surface and they are about to see the dead body of Lal jinn. Roshni calls them in between to inform Shola Jinn changes Baby into an egg. Shayari thinks why did she do that as usually they don’t become so violent and max to max they can only extract fire from her mouth.

In another place, a treasure box was kept. Shayari thinks they have to leave from that cave but at the end moment, Shayari notices the dead body of Lal Jinn but they don’t understand how he ends up being here and is trying to understand it but then thinks they have to take it to the guide of Shayari. Roshni is trying to know what is the need of Shola jinn and she is requesting him to tell her in details about it so that she and family members can be able to help her out.

However, Anjum and Aman are discussing how to bring back Baby from the state of egg to human again. Shayari and Rehaan clicks a picture of Jhumru’s dead body and shows it to the her master who confirms it is the sword of king of Jinn nath. Rehaan says but that sword got ruined in front of our eyes. Master ji says the sword of Jinnath can never be destroyed but yes if someone extracts the power of it completely then it becomes an ordinary one and an ordinary sword can become the sword of King of Jinn nath. Master ji says body can be changed but the soul remains as it is.

Roshni was talking to Shola when somewhere a teasure box gets opened and an egg is broken and again Shola jinn gets angry and extracts fire from mouth and this time Sara becomes the target unintentionally and Shola Jinn vanished with the cage from the hall area. Inside the house all are looking for Shola Jinn who was vanished from the Hall area. Rubina calls for the sword and thinks she will make Roshni bound to do what she wants. She will make her kill Shola Jinn to make her a sinner.

Aman comes there and asks Rubina what she is doing here? She doesn’t get caught and manages to convince Aman. Roshni finds out Shola jinn inside the house but before Roshni can talk to her normally and gets to know about her problem Anjum comes there and sees Shola. She says now that we got her we can completely end her now and Shola gets angry to listen to it again. Roshni doesn’t understand how to manage it when Shola again extracts fire from her mouth.

Precap – Aman and Saima catches Shola with the rope. Of Shayari and all of them are asking Roshni to attack and kill Shola jinn while Roshni is unsure about the whole thing.

Bharathi kannamma: Kannamma fails to do the pariharam pooja 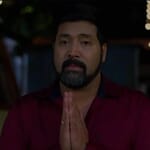 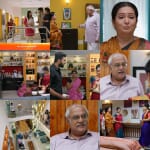 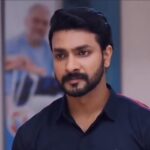 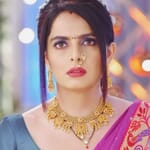