Episode begins with Aman and Roshni sleeping together in their room. Aman gets up from the bed and meet Shayari and Rehaan. Shayari shows the Ilm-E-Jinn book to Aman. Shayari tells Aman that this is a mirror reflection of the book so whatever is written there is actually will be the opposite of the main answer. Aman says we have very little time in my hand and Roshni should be away from the planning.

Aman tries to asks from the Ilm-E-Jinn how to kill Rubina? Rehaan says are you sure that you want to kill her? Aman says we have no other option than this. Rehaan says to Aman then you should have tell Roshni about this. Aman says to him if we tell her about this then she will stop us and specially when she is aware that Rubina is her family she is not ready to fight against her.

Aman says I want to know from Ilm-E-Jinn that what is the process to kill Rubina? Shayari tries to find out the process of killing in the book and a black evil is watching Shayari from the other side. Shayari finds out the answer from the book and gets to know that only the powers of one Ayana can kill the other Ayana. Aman says but Roshni will never agree for this and she will not use her powers against anyone.

Roshni says to Aman are you sure we are going to opt for this only? Aman says we have no other option left than this. Roshni will not fight for herself but we will and we have to. Hence it is necessary to acquire knowledge about it. They discuss among themselves and Aman is going back to his bedroom while an odd creature is watching Roshni sleeping in her room from the outside of the window.

Something is coming near Roshni and she suddenly gets up from her sleep and realises no one is around her and she notices that Aman is not in bed. She takes her phone to talk to Aman but says Tabeezi. Rubina is dreaming to become an Ayana again within some days. She dreams as soon as she is going to grab the heart of Roshni she will be able to enjoy the life of an Ayana again. She again notices the state of Roshni in Ilm-E-Jinn and says death is your destiny Roshni. In the morning,

Aman is going out of the house hurriedly all decked up. Roshni holds him back and says you are trying to avoid me or what? I have something to say to you. Aman says to Roshni I am in hurry as there is a presentation in my office and I have to be there. Suddenly the lights of the house goes off and Roshni wonders why? Rehaan comes out exhausted and hurt and Roshni gets shocked. Shayari also comes there followed by Rehaan and asks for help from Roshni. She says if we don’t use our powers then this evil will kill us.

Roshni applies her powers to save them and Shayari captured it inside a box and the evil turned out to be Aman himself. He says to Roshni about his plan and all. Roshni gets shocked to know what he is up to and she tries to tell him that he is wrong but he is determined. Aman comes to the house of Rubina with a weapon to kill her for once and all. Rubina says like always you are taking steps out of your ego and not wisely. She counter attacks his attacks while Rehaan and Shayari also joins Aman against Rubina.

Precap – Aman attacks Rubina with an arrow but it actually hurts Roshni. May 20, 2022
There is terrible news for Shaheer Shiekh fans; as per sources, Star Bharat honchos noticing Yeh Toh Hai Albela's low ratings might pull the... 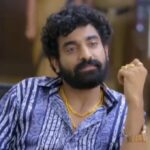 Kaamna: Vaibhav will get arrested? 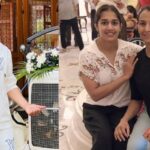 The Phogat Sisters and Mika Singh’s amazing trio are sure to knock your socks...

May 20, 2022
Swayamvar- Mika Di Vohti will be one of the most promising shows on Star Bharat as the excitement for it from its first announcement...