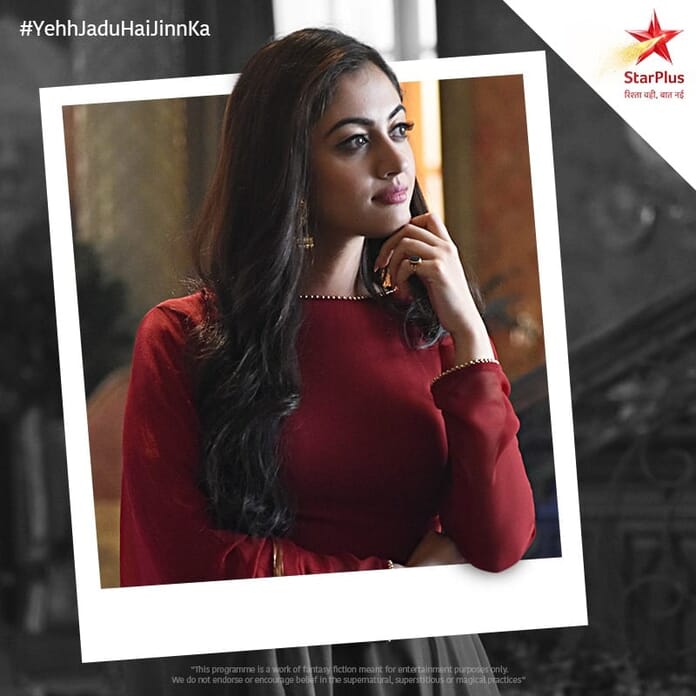 Episode begins with Jinn killed all the family members of Aman one after another in front of his eyes. He can’t even do anything to him due to tied up with chain. He looks on helplessly towards Ada with a hope that she will stop now.

But she doesn’t and she also killed Chotu and Baazigar as well. Before going out, she said to a man that I am taking away their souls with me and if you want them back then you have to come near red moon. She goes away from the house and Aman breaks the chain and the coller and goes near the dead bodies and cries in agony. On the other side, Jinn throws away the cage of Baazigar and decides to put the jar containing the souls of the family members of Aman into the fire of red moon so that they can never come back. When he opens the jar the souls of the body converted into dust and in the house of Aman the bodies got dissolved in the air like a feather.

It was shown that, Tabeezi sambhav breast breast cancer commences from earlier and she already gave the family members a red thread to tie in their hands so when the Jinn attacks them to kill them all they can be safe and he will think that he killed all of you.

Aman turns around and sees all his family members are alive and doing well. Anjum narrates the entire story to Aman and he says I almost thought that I lost all of you at once. he says I can’t leave with this year on my life that one day I can lose my entire family. This year and this process of being killed and getting killed has to end somewhere. Hence, today I will go and face the Jinn, whatever consequences will come out from this we will handle but I won’t let anything to go wrong again and again.

Other side, Roshni frees herself from Kabir and comes on the road to find a vehicle to reach Lucknow. She asked an ongoing cab that how much time it will take to reach Lucknow? He says it will take about 15 to 16 hours. She said she needs to be there within 15 to 16 minutes. The cab driver goes away from there and Roshni calls for Baazigar.