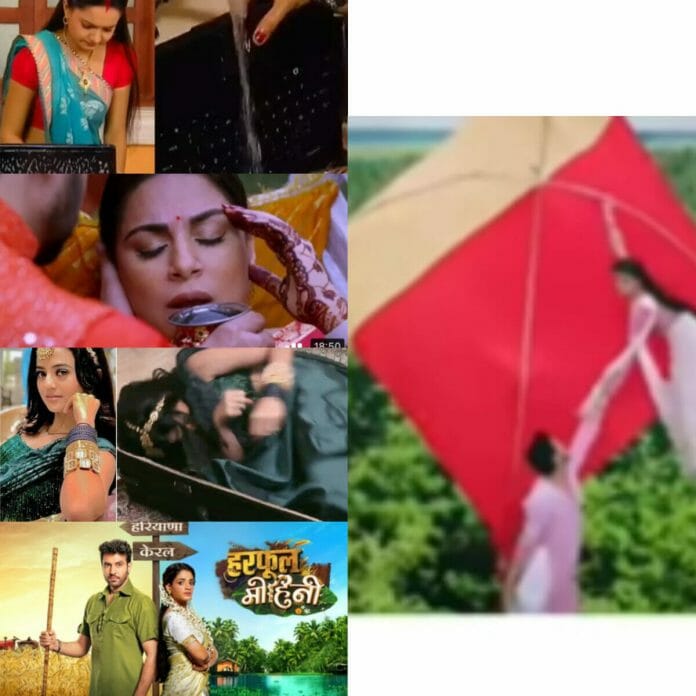 Such bizzare moment can happen only in ITV

Show Harphoul Mohini made noise for bringing the supernatural track. The bizarre content of the show is female lead delivering a watermelon. After that watermelon turned into a girl with powers.

Well, this is not a first time when such out of the box scene got trolled. At the end it is an ITV and in the world of fiction anything is possible.

Show Ishq Mein Marjawan was trolled when Ridhima bumped into a wall and got locked in the suitcase. This whole sequence was trolled internationally too. Makers and show leads took the criticism in a positive way.

Moving on, right from Gopi bahu washing laptop to doctor out there checking sugar from bp machine; in star plus Saath Nibhana Saathiya there were many unusual and hilarious scenes

Preeta falling off from the terrace and Arjun saving her out of nowhere was funny for the audience.

The ITV shows to get attention sometimes try strange. Show Sasural Simar Ka is also famous for showcasing outboxes scenes. Roli getting trapped in a pot and pot conveying message was enjoyable to some while was illogical for many.

Additionally, audiences had a big laugh on an uncommon scene from a Bengali daily soap where a doctor used a couple of Scotch Brite scrubs as defibrillators.

Last but not the least; a scene from Dangal TV’s Naagmani is getting trolled these days. Male lead falls off from the terrace. To save him, female lead jumps off too and saves the male lead by holding a big kite.

All in all you just can’t look for logic in daily soap. Indian telly dramas are only for entertainment purpose.

Let’s see what more you add