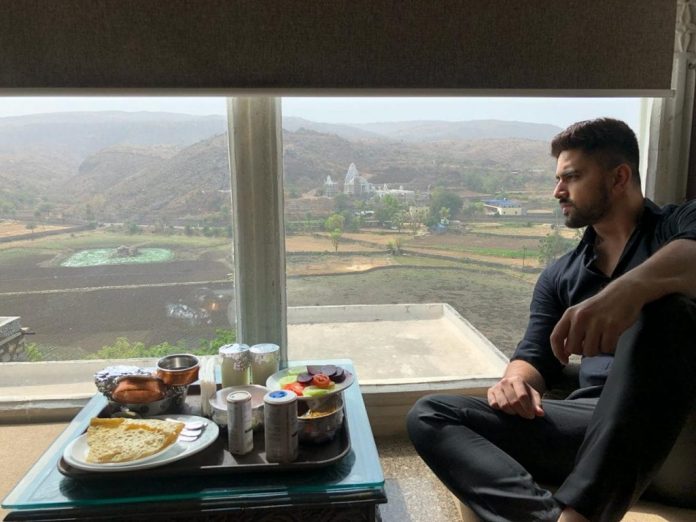 Actor Zain Imam has made quite a name for himself in the industry, with his last show Naamkarann. The actor, who is seen in the show Ek Bhram – Sarvgun Sampanna, will be playing the role of Kabir Mittal. Talking about his character, he says, “I play the character of Kabir Mittal, he belongs to a very affluent background and he loves his family. Kabir has a tussle with his dad played by Ayub Khan. My character is an army officer who promised his friend (who died saving Kabir), that he would marry the character played by Tanvi. After my character gets married to her, he voluntarily retires and comes back to his house only to find the other members in his family planning to get him married to someone else. The primary reason for the tussle he has with his dad is this.”

He adds, “And then, there is another woman in the household who is ‘Sarvgunn Sampanna’ played by Shrenu Parikh. She plays Kabir’s sister-in-law.”

The show has created quite a buzz as Shrenu’s character is not really the quintessential daughter in law. Talking about the same, Zain says, “The ‘Bhram’ is the twist in the show. There will be a bit of positivity and negativity. You will get to know the reason behind Shrenu’s negative shades. Kabir loves his ‘Bhabhi’ (Shrenu Parikh) a lot but certain things happen in a way that the family begins to fall apart and Kabir Mittal tries to stop that from happening.”

It is a fact that the content on Indian television is predominantly female-centric. However, Zain promises to play a major role in the show too “I have always been a content-driven actor; I always take up shows which have really good content. It is not about who the protagonist is. I too am the protagonist in the show.

Meanwhile, the actor says that the atmosphere on the sets is fun. “Well, I would like to think that its fun. I am the prankster on the sets, not Shrenu. I call her Chutki. You know, I am yet to play a prank on most of them, I want to keep the environment neat and clean and I want a clean aura around me and I ensure to have happy faces,” he says.