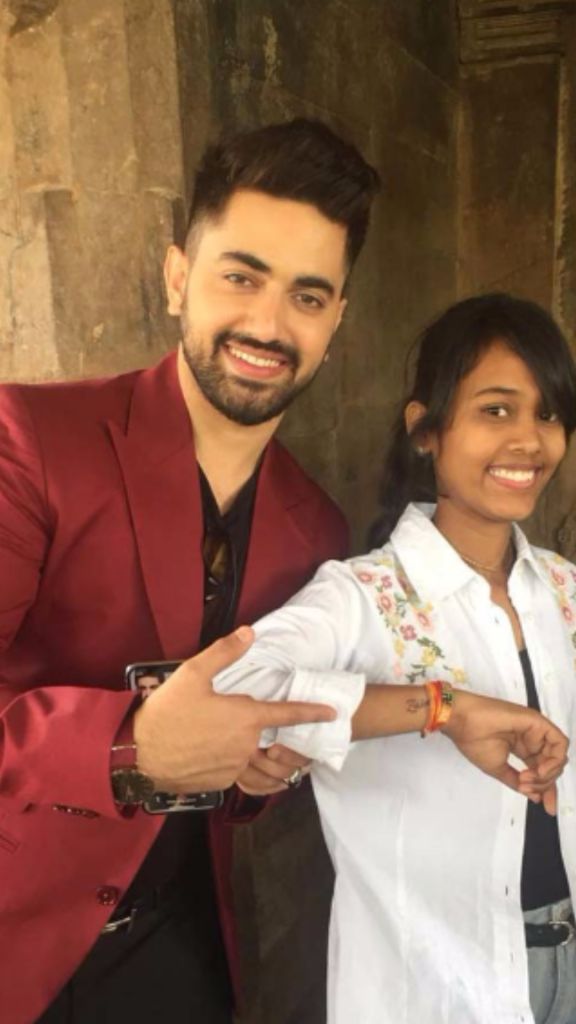 Fans often leave no stone unturned to showcase their love for their favorite celebrities. One such incident happened with actor Zain Imam, who gearing up for the premiere of his show Ek Bhram- Sarvagun Sampanna, produced by Dipti Kalwani’s Sunny Side Up. The actor was in Udaipur for the launch of his show with co-actor Shrenu Parikh. At the event was spotted an 18-year-old girl with Zain’s name permanently inked on her wrist. And guess what? She did so without telling her father about it!

The girl was thrilled to meet her favorite star. She said, “I am a big fan of Zain and have followed all his shows. I know my Papa will shout at me but main samjha lungi. Kal bhi milne aayi thi main Zain ko and Ganesh idol gift kiya tha. Aaj main unke liye tattoo banake aayi hun. What better than inking his name permanently on my wrist to make this meeting memorable?”

Zain, too, who was happy and thankful for her love but he was also shocked to see her tattoo. He even advised the girl to get her husband’s name tattooed in the future.

Touted as a rather unconventional show, Ek Bhram- Sarvagun Sampanna has been in the news for all the right reasons. The show has an anti-heroine protagonist, Janhvi Mittal who secretly plots against her family members. Just like the show, the launch as quite unique as well. It was held at the Saas-Bahu temple in Udaipur, a temple dedicated to mothers-in-law and daughters-in-law of the nation to glorify the relationship they share. Zain has worked with Dipti Kalwani in the past in Laal Ishq.