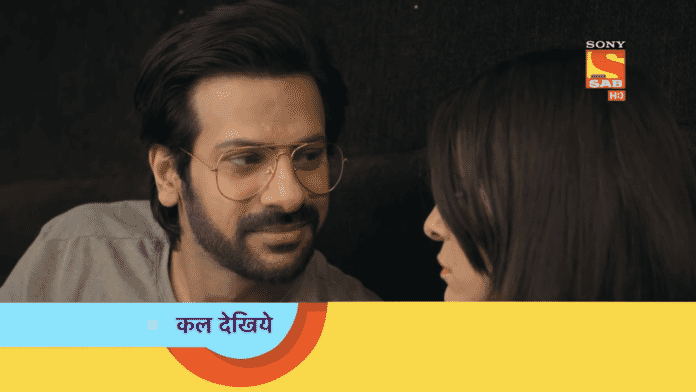 Sab Tv’s newly launched show Ziddi Dil Maane Na is ready to witness some interesting plots and dramas in the show. Earlier it’s seen that Abhay took Koel and Nikhil home while Karan planned to rescue Koel. Now it will be seen that Abhay will plan to keep academy people away from Koel.

Previously we have seen that, Monami brought Koel and Nikhil to academy. Karan scolded them for their stupid move of running away blocking all the ways for them to help Koel. Suman badmouthed Koel and character assassinated her while Koel slapped her and revealed the truth. Later, Abhay came there with custody for Nikhil and search warrant. Koel was forced to leave with Abhay. Abhay brought Koel to home and tortured her. Karan explained his plan to Faizi about attacking Abhay at the right time when he was happy that he succeeded in his plan. Abhay forcefully made Koel cut cake and warned her to not plan to escape.

In the future episodes we will witness, Monami will be upset with Karan for not standing up for Koel while Karan will ask her to trust him as he planned something. Monami will confront Karan for not trusting her enough to share his plans with her for which Karan will say that he trusts her as much as a trainer trusts a cadet. Monami will be upset that they still have only trainer cadet relationship and not friendship. Koel will mix sleeping pills in Abhay’s coffee and will try to escape with Nikhil but Abhay will catch her. He will also keep a check so that academy people will not try to help Koel. He will threaten Koel about the same while Monami will worry for Koel.

Will Karan saves Koel from Abhay? Will Koel returns back to the academy?