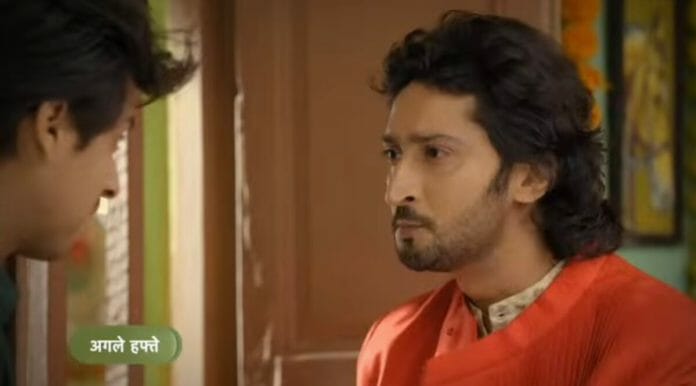 Sab TV’s newly launched show Ziddi Dil Maane Na is currently dealing with Kundan’s human trafficking and Karan and Monami’s secret love. Earlier its seen that Sanjana tried to meet with the Doctor. Now it will be seen that Bala and Sid will join hands against Kundan.

Previously we have seen that, Karan spotted Anish all fine but when Monami came he pretended like falling down while trying to walk. Karan caught his plan. Sanjana followed Kundan to the shop where she found him buying modern dress for girl. She thought that he was buying it for his wife and thought that Sid was right. However Kundan who spotted Sanjana in the shop gifted her the dress he bought ending her suspicion. Sid confronted Sanjana for not believing him but Sanjana said all that happened. She said Sid that he had some misunderstanding. Bala came there to attend Sanjana’s wedding. Karan informed Monami about Anish acting but Monami doesn’t believe him. They had their first fight due to Anish. Anish called someone to come to the academy.

In the future episodes we will witness, Sid will sing Channa Mereya during Sanjana’s Sangeet function. Kundan’s boss KD will come to Kundan’s wedding celebrations. Bala and Sid will join hands to expose the truth.

Will Anish separate Karan and Monami? Will Sanjana finds the truth? Will Sid stop the wedding?