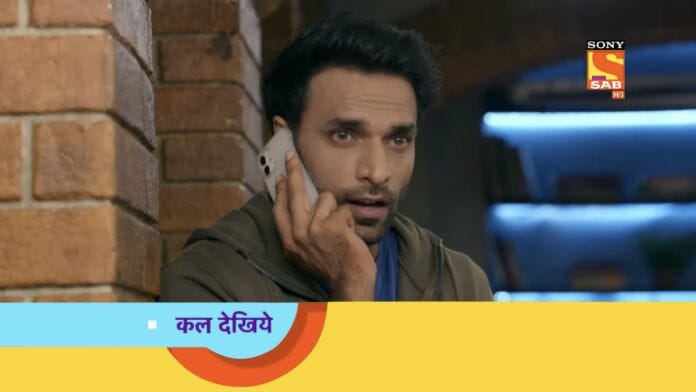 Sab TV’s newly launched show Ziddi Dil Maane Na is currently dealing with Karan’s return and his efforts to expose Param with proof. Earlier its seen that Param pointed gun at Baby. Now it will be seen that Barkha to help Karan.

Previously we have seen that Karan and Monami acted like they were fighting convincing Sid who was doubtful on them. Sanjana’s mother told her about a person trying to exploit their land and house and advised Sanjana to take Sid’s help to get a lawyer. Sanjana called Sid who was upset with her for leaving without informing. He doesn’t pick the call and Sanjana left trying. When Sid called Sanjana she was busy and couldn’t pick up the call angering him further. Barkha noticed Param beating himself with hunter and got scared. She shared her worries with Monami and Karan heard it. He wanted to confront Param but Monami stopped him for Baby and Barkha’s safety. Barkha noticed Karan’s care for her and Baby and immediately identified him as Karan.

In the future episodes we will witness, Karan will ask Barkha to install a spy chip under Karan’s laptop and she does. Monami will alert Karan that Param is going to his room and they will worry for Barkha to get caught.

Will Param gets exposed? Will Karan and Monami succeed in their plan?