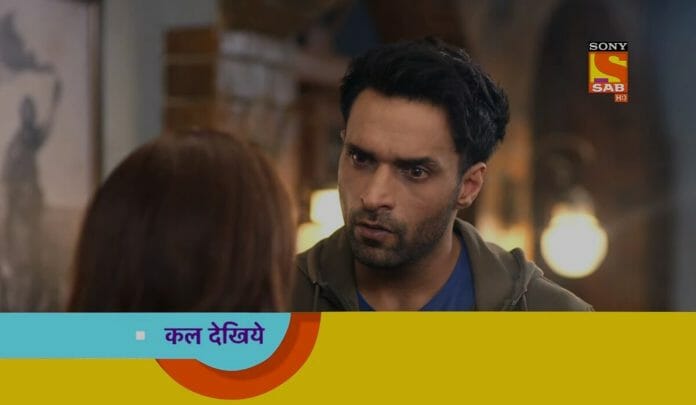 Sab TV’s newly launched show Ziddi Dil Maane Na is currently dealing with Karan’s return and his efforts to expose Param with proof. Earlier its seen that Abhay kidnapped Nikhil. Now it will be seen that Karan to execute the final planning.

Previously we have seen that, Faizi stopped Koel from taking the gun and took her aside. Faizi, Karan and the cadets made Koel understand the necessity for her patience for Nikhil’s future. Koel got convinced when Karan volunteered to guard Nikhil away from Abhay. Monami offered to stay with Karan but Chitra took her place angering. Abhay also brought back Nikhil to escape their eyes. Chitra again flirted with Karan while Monami came there and fought with Karan. Abhay postponed his plan to kidnap Nikhil and tried ways to escape but couldn’t find one as the door was locked. He couldn’t get hold of the keys too. Karan saw him but couldn’t identify him due to his attire. Koel remembered Nikhil and Faizi consoled her. Mridula asked Abhay to kidnap Yadhu as they had already booked flight tickets. Karan and Monami guarded Nikhil sending away Chitra with an excuse. Next day, Koel came to visit Nikhil. Abhay spiked Nikhil’s drink and made him faint. He packed him in a suitcase and took him to his car while Koel panicked seeing Nikhil missing.

In the future episodes we will witness, Ustad will give leave to everyone and Monami and Karan will suspect that something is planned. Karan will meet with you Balli and will explain him about their final plan when someone will knock the door. Balli and Karan will hide while Monami will open it and gets shocked.

Will Param gets exposed? Will Karan and Monami succeed in their plan? Will Koel gets Nikhil’s custody?