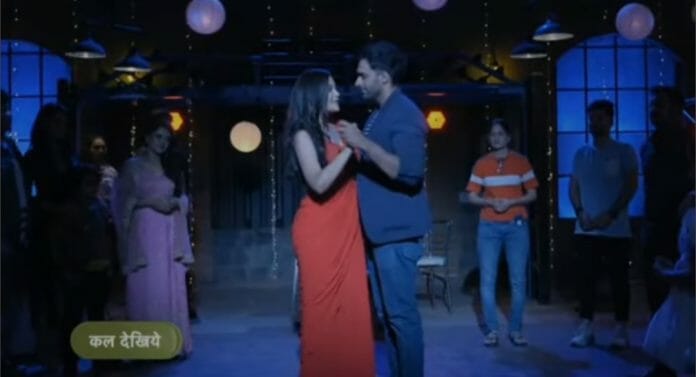 Sab TV’s popular show Ziddi Dil Maane Na is currently in its final phase of the show where Param is getting exposed. Earlier its seen that Karan exposed himself during his birthday function. Now it will be seen that the show will end on a happy note.

Previously we have seen that, Karan exposed himself in front of everyone but Param refused to believe that he was alive. He was even more shocked seeing Barkha and Baby alive. Out of frustration and anger he confessed that it was him who ordered to kill him and confirmed it too. Karan and Balli came together and revealed that they were aware of his identity from long back. Param’s men locked all the doors after opening the cylinders to blast the academy. Sid and Faizi identified it and went in search of all the cylinders to close them. Bhatra confronted Param and was about to arrest him when Param took Monami at gun point and threatened to kill her. Sid struggled to close the cylinder when Sanjana appeared and closed it. Sid was shocked seeing her. Param tied Monami in a place but Karan and Bhatra came there. They tried convincing Param that he was brainwashed by terrorists but Param doesn’t believe them. Karan shot Param. Param recovered from the attack and got arrested. He repented for his mistake and asked apology from Barkha, Monami and Karan but none refused to forgive him. Param promised to come back as a changed person.

In the final episode we will witness, Karan and Monami will throw a party and will dance together and the show will end on a happy note.