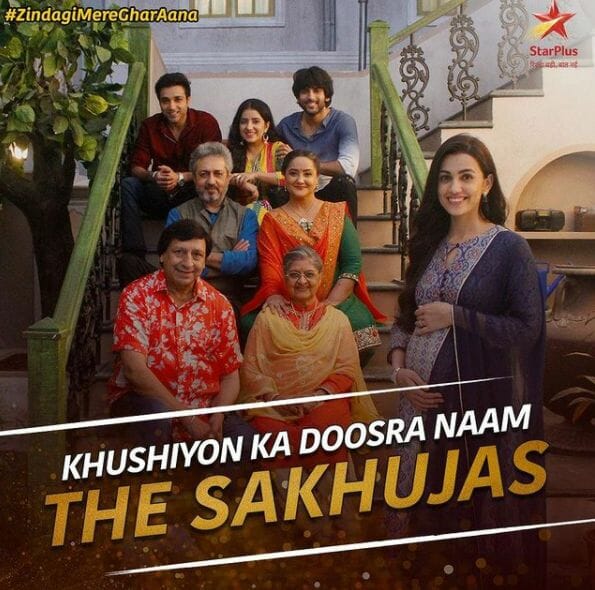 The Episode begins with Sony giving tiffin to Angad. Angad asks Nimmo to give him a smile. She gives them a small smile to which Kabir asks her to give a smile that she used to give them while going to School. Kamli comes there and says that a man has come to meet Amrita which makes Nimmo furious. UD comes there. Nimmo asks who is he and whether Khuljeet has sent him. Amrita comes there and says that he is Jessie’s Fiancee. They get elated hearing it.

Sony says she will take him there to which her Grand Mother says Amrita will take him. Pritam looks at the diary in his hands and says that if he gets a clue no one can stop him from reaching him. Pritam hears the knock and opens the door to see UD standing with Amrita.

Pritam asks him how he is here and UD tells him that he heard that he met with an Accident and that’s why he came to meet him. UD looks around the room and Amrita shouts at him for messing up the room all over again. They all look at the diary on the floor. Amrita asks him what it is doing here and says that it should be on the table. She asks him whether the diary has details about his Girlfriend. He asks him what does he do and Pritam says that he is a stock broker. UD asks him to take rest and asks him to come after he gets well. UD looks at the diary while leaving.

Later Pritam is sleeping when a man comes there and searches for the diary. Amrita is looking at thePhotos. The man tries to take the diary and points gun at Pritam as he wakes up. Pritam pushes him and Amrita panics hearing the sound and rushes there. Pritam fights the goon as he warns him of a simple Death. The man cuts Pritam from behind and he falls on the bed. Amrita shouts at him as Pritam asks her to leave.

Amrita beats him on the head and he asks she again started. The goon locks them in the room and runs away. She panics looking at his wound. Amrita starts treating him and hells him wear the shirt as he keeps staring at her. She says she should leave and then sees the door locked. He tells her that she should leave from the window. She is about to fall while climbing and he holds her. They both share an eyelock. The Screen Freezes.

Precap: Meera tells Kabir that she has started missing him whenever he is not with her. She tells him that she Loves him shocking him. Amrita tells Pritam that she was not able to tell Karan that she is going to be the Mother of his Child and he asks her why she is telling him this to which she tells him because she wants to tell him that Karan is still there between them.