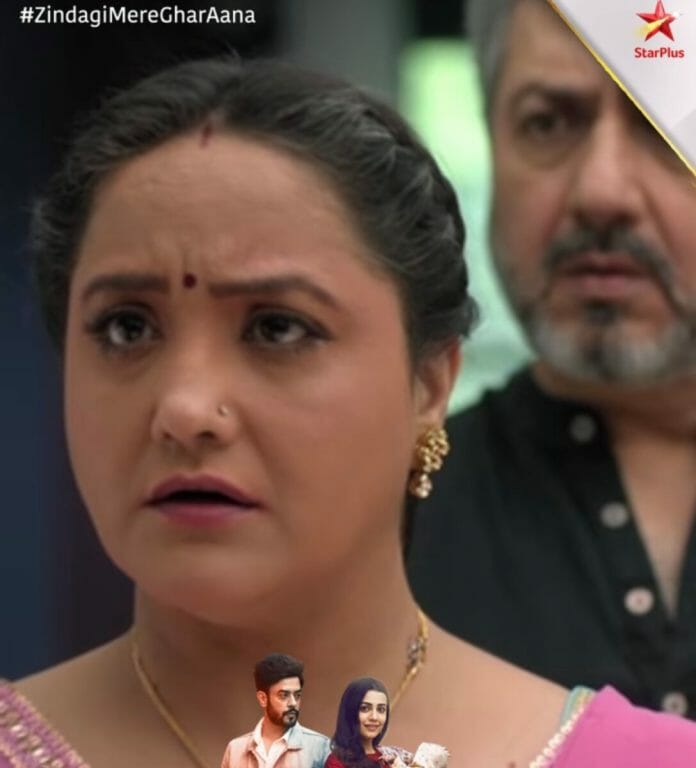 Star Plus popular show Zindagi Mere Ghar Aana is gearing up for more drama with Pritam falling for Amrita while she wants to do nothing with moving on in her Life. Vishaka Pritam’s Ex Wife is back into his Life with an intention to destroy him and to make his Life Hell. She however is successful in gelling up with Kabir and manipulating his Family into thinking that she is an Innocent and a Victim.

In the past episodes we saw Vishaka calls Ansh as Pritam’s illegitimate child. Amrita gets furious and asks her to control her tongue. Vishaka asks her whether she can tell her Pritam’s real face to which Amrita stops getting Shocked as she says that Pritam is the reason for the Pain of her and her Child. She tells her that she doesn’t know the real Pritam.

Will Nimmo tell Amrita about it? What destiny is having for Pritam and Amrita?

All these questions will be answered in the upcoming episodes. Keep watching the show on Star Plus and reading our space for latest and exclusive contents of your favorite Hindi shows.