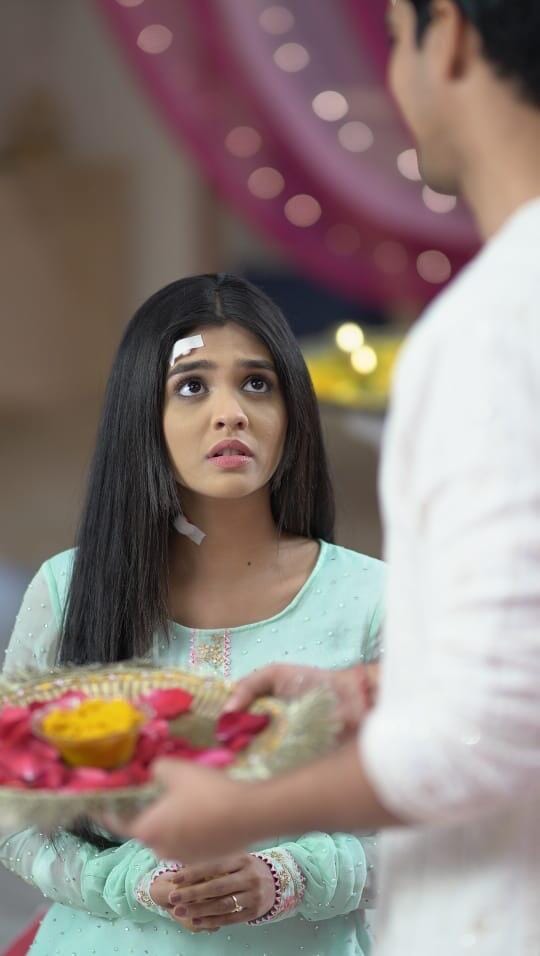 Show Yeh Rishta Kya Kehlata Hai is gearing up for interesting drama ahead. Last, we reported Birlas and Goenkas decide to restart Arohi and Abhimanyu wedding rituals . They kick start per-wedding functions. While, Akshara learn Arohi doesn’t love Abhimanyu rather using him to reach new heights. She regret her decision.

Parth asks Abhimanyu to apply turmeric. Abhimanyu recall Akshara. He asks Birlas to offer the turmeric to the God as it will be more auspicious. Harsh find Abhimanyu right. He adds Abhimanyu has cleared he will not perform any ritual without Manjiri thus he is firm. Mahima think Abhimanyu isn’t performing ritual without Akshara.

Later, Akshara recall Arohi’s confrontation. Neel come and deliberately made haldi falls on Akshara. Goenkas get stunned. Akshara hide her hand. She tries to get ride off from the haldi but it gets spread on her hand. Akshara sit confused.

At hospital, Abhimanyu recall his moments with Akshara. He yet again fail to see the camp fire picture. In the meantime, Neel advice Akshara to talk with Abhimanyu. Abhimanyu receives Akshara’s bracelet. He receives a call from Akshara. Duo fails to talk with each other.

Now in the upcoming episode, Abhimanyu will see camp fire picture. Neel will ask Abhimanyu to confront Arohi about the same. Abhimanyu refuse to talk with Arohi. There, Akshara will ask Arohi about lying to Abhimanyu. Arohi will say it is fine to lie sometimes to get the best. How Abhimanyu and Akshara will react on Arohi’s lie, will be interesting to watch.