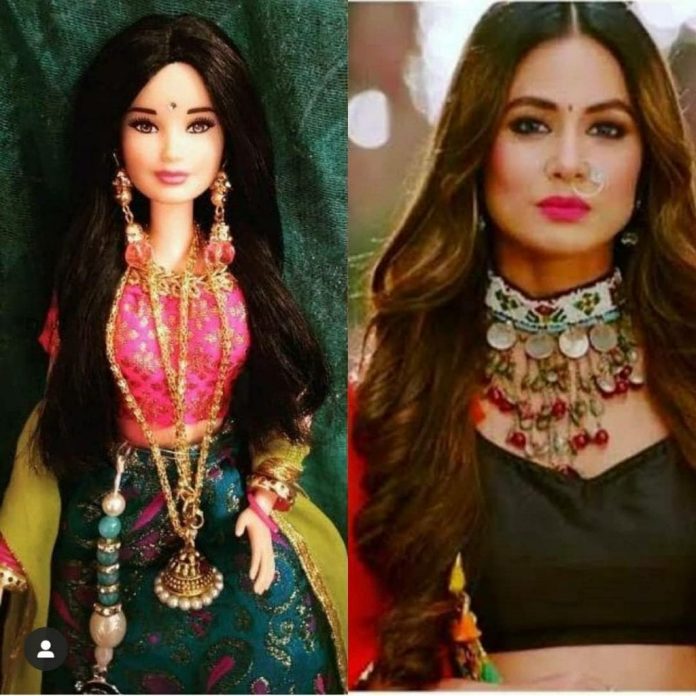 All hell broke loose when a picture of a local toy shop selling Taimur Dolls in a remote town in India came up on the internet & suddenly it became a rage across India making it to front page headlines of leading newspapers.
Who wouldn’t love to hold a doll inspired by the Bollywood’s most papped munchkin? We now hear a trend of Komolika Dolls in the market sending social media goes in a frenzy.
Hina Khan has apparently created a record for the most drastic makeover from being a quintessential bahu to a glamorous Diva in a very short span & has been a sought after name for fashion runways & beauty products endorsements ever since her commendable transformation!
When Television Czarina announced Hina Khan stepping into the shoes of the cult character Komolika, many tongues were left wagging & in no time her promotional video beat King Khan’s video by a large volume in terms of hits.
From her backless cholis to her bohemian accessories & perfect locks, Hina Khan did perfect justice to the baggage of the role she carried & also had a million fans aping her style dancing to the tunes of Komolika’s patent entry tune.
Previously Katrina Kaif had a line of Barbie dolls inspired by her & now Hina Khan follows suit.
Unawares of the doll, Hina Khan quips, ‘I did receive a couple of messages but I didn’t believe it until I saw a picture. It’s super sweet & I love the adulation coming my way. A lot of work was put behind creating this look. I guess I’ll get myself one for the keep.’
Hina Khan’s show was currently rated as no. 1 across India following news of her exit. We wonder how will fans react, they could totally use the doll for keepsake!