The hot and handsome hunk has showed his various shades by playing and experimenting different characters on-screen. His chocolaty look and hazel eyes are so drool worthy that one can’t resist oneself from adoring him.

Shaheer first show was Kya Mast Hai Life, where he played a character of teenager music lover. In the show as Vir Mehra Shaheer ruled many hearts. After his first show Shaheer has given back to back hit shots. Whether it is mythological or romantic, Sheikh just slayed in every character.

In the span of 10 years Shaheer has nailed each character. If you go back and look at the graph of his played characters u will find it amazing. He started as Anant Bajpai of ‘Navya Naye Dhadkan Naye Sawaal’ , then Nana Sahib of ‘Jhansi Ki Rani’, Arjun of ‘Mahabharata’, Dev Dixit of ‘Kuch Rang Pyar Ke Aise Bhi’, then again Prince Salim of ‘Dastaan Ae Mohabbat Salim Anarkali’ and now as Abir Rajvansh in ‘Yeh Rishtey Hain Pyar Ke’, Shaheer has a wonderful 10 years of journey on ITV.

By looking closely to it the remarkable thing is his alternative roles. If in one show he has bagged the role of a romantic lover then his second show is a mythological character. This transformation makes him more loveable and now he has many fans and followers from each corners of the world.

Shaheer Sheikh has completed 10 years of journey and during his this span he has shared a screen space with some gorgeous actresses. Among them his Jodi with co-stars Saumya Seth, Erica Fernandes and Sonarika Bhadoria are the most lovely and likeable Jodi. Nowadays Shaheer is sharing the screen with the pretty actress Rhea Sharma and now Abir and Mishti too has a separate fan base as their chemistry is gaining attention.

Well, Shaheer has played many shades on ITV but here on the occasion of 10 years completion, take a look at his 10 most aww..dorable drool worthy pictures. 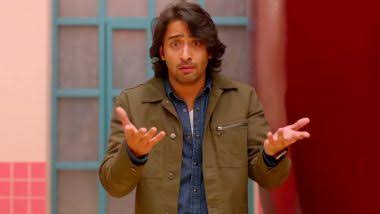 August 14, 2020
Pavitra Bhagya 14th August 2020 Written Update on TellyExpress.com The episode starts with Malika creates a show  because Jugnu has...

August 14, 2020
Shubharambh 14th August 2020 Written Update on TellyExpress.com The episode starts with Raja and Rani getting shocked with the...