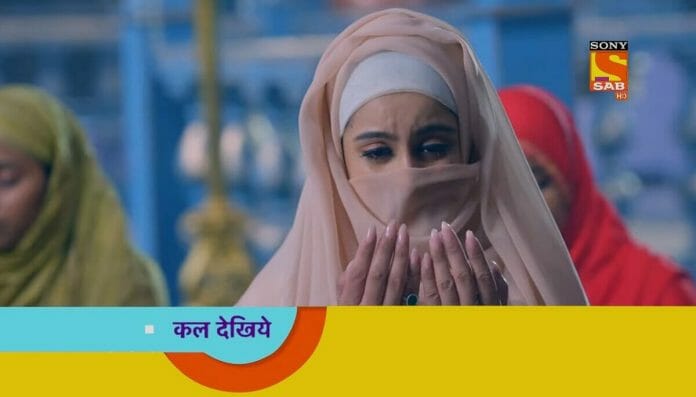 In previous episode, Ali’s kids get scared while waiting for poya to come out of Dadi’s room. Ali and Khusro discuss about giving a new name to sehzaadi, so that no one recognises her. Khusro suggests names like “sehdidi”, “Inam” etc. Ali rejects them, but Khusro tells him to eat something first else they are running out of ideas.

Mariam wakes up from sleep hearing their conversation and gets hungry. She steals their food without their knowledge and gobbles it. Some hilarious magic moments occur and Khusro turns into a goat. Ali refuses to believe him that there is some magic happening. Ali feels bad for Mariam and she decides to change her clothes to hide from the thieves.

Ali decides to call for a prayer for Mariam’s father, so that they can catch Mariam easily. Zorabar overhears that and plans to get Mariam before Ali reaches her. Mariam meets a thief in the market to sell the talisman, after seeing that the Kabul people are planning to leave the Parbaaz.

In future episode viewers will see, Mariam will come face to face with Ali but he will not be able to see her face due to the cover. He will assume that she might have attended the prayer in a simple get up. The thieves will almost reach Mariam.