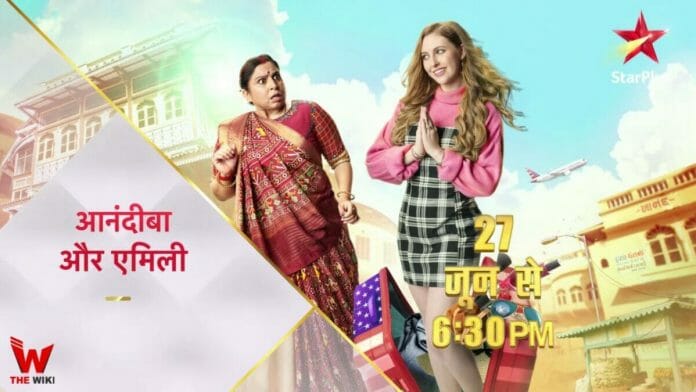 Star Plus popular show Anandibaa Aur Emily has been always appreciated for it’s unique storyline. The tracks were filled with twists and turns, to keep its viewers on the edge of their seats. Finally, the show has come to an end as Anandibaa accepted Emily as her daughter-in-law. As well as Gunjan got exposed and regretted for her ill-deeds.

In the current track, Gunjan and Riddhi joins hands against Emily. The latter manipulated Riddhi against the contract while Aarav finds about it and gets furious at her. He notify Emily along with Jaman and Payal regarding the matter, while everyone gets tensed. Aarav also gets shocked finding about the visa problem of Emily.

Here, Jaman finds a solution and states that they need marriage certificate to extend Emily’s visa. He ask Aarav to come to the court in order to complete court marriage with Emily and proclaims that by doing so, they can avoid both the problems.

Riddhi shares her worry with Gunjan and states that Aarav has warned her. She proclaims that he is ready to expose himself as well as them in front of Anandibaa. Whereas, Gunjan gets a plan and sends Pinky to steal the marriage contract from Emily’s room.

Ahead, Aarav and Jaman somehow convinces the registerer to give their marriage certificate on the same day. They bribes him and assures to give the free hotel for his daughter’s wedding. He finally agreed and assured Emily and Aarav’s marriage.

Gunjan blackmails Aarav and proclaims to expose him with the marriage contract. Whereas, he gets an idea to expose the latter. Meanwhile, Jaman sends a message from Gunjan’s phone to Pinky and ask her to come to Sanghani’s house. She comes there while Gunjan reveals her intentions to betray Riddhi.

Later, Riddhi confronts Gunjan and both exposes one another. Anandibaa hears theor conversation and gets shocked. She scolded Gunjan for betraying them and accepts Emily wholeheartedly. Whereas, Gunjan realises her mistake and ask for an apology, while Aarav and Emily insists Anandibaa to forgive Gunjan and all takes a happy family selfie.

Stay tuned with us for more news, Spoilers and written updates of shows.