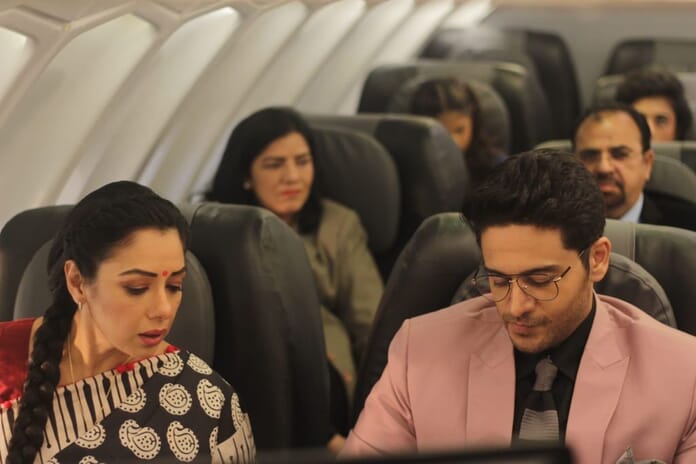 Today’s episode starts with Anupama pray to God and ask him to take care of her house and work both. She seeks Hasmuk and Leela. Leela refuses to bless. Hasmuk insists Leela. Leela bless Anupama. Samar informs Anupama that auto arrived. Anupama says to Kinjal that she has cooked the food and prepared tiffin for Pakhi. She asks Kinjal to give to Pakhi else she will forget. Kinjal asks Anupama not to worry.

Paritosh asks Anupama if Anuj didn’t send car to her. Anupama says Anuj is business partner more than a friend now. Vanraj wishes good luck to Anupama. Anupama says to Vanraj if he would have wishes him by heart it would have been more good.

Samar says to Anupama that he will drop her to the airport. Anupama says to Samar that she will manage alone. Samar says if she is sure to go alone. Hasmuk says that Anupama courage to live life alone than reaching the airport is low thing for her. Kavya taunts Anupama to have fun with Anuj. Anupama walks out saying she will. Leela gets furious with Anupama. Hasmuk asks Leela to stop getting angry.

Here, Anuj’s car breaks down en route the airport. Kinjal and Samar instruct Anupama. Anupama asks Anuj and Samar not to worry. Later, Anupama gets excited to board the flight. Anuj runs to the airport to reach before Anupama. Anupama spots Anuj running on road. She gives lift to Anuj. Anuj gets smitten seeing Anupama and decides to give lift to Anuj. She further shares with Anuj that she will board the flight for the first time.

There, society ladies enquires Leela if Anupama is going somewhere as her daughter spot her at the airport. Leela gets irked. In the meantime, Anupama with Anuj gets ready to board the flight excitedly.

Samar informs Shahs that Anupama reached the airport and slipped but she is fine. He further asks post standing up what Anupama might have check if any guesses. Vanraj says she might have checked her footwears. Shahs look at Vanraj and latter walk away.

Samar talks with Hasmuk and says Vanraj behaves normal sometimes. Hasmuk says Vanraj wants to get happy for Anupama but he restrict himself. Ahead, Anupama struggles to put the seat belt.

Anuj asks airhostess to help Anupama. A man out there taunt and says people are not able to put the seat belt. Anuj asks the man if he said something. Man apologize to Anuj. Later, Kavya question Vanraj what pulls him towards Anupama. Vanraj says he is clueless. [Episode End]

Precap: Kavya talks with Vanraj if he is scared of Anuj and Anupamas relationship. Vanraj says he is attracted towards Anupama and can’t help. There, Anuj gives his blazer to sleeping Anupama.