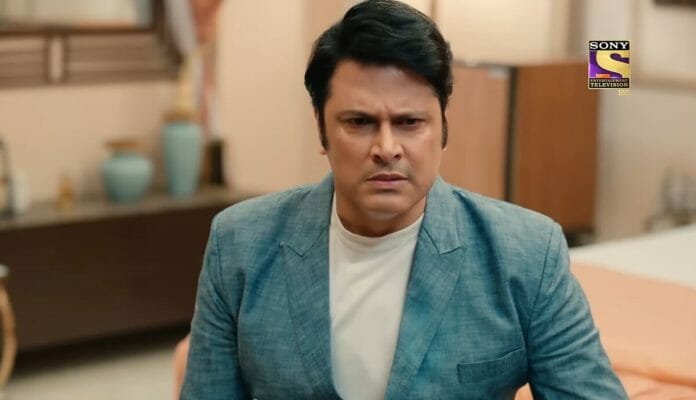 In the on going track, Barkha understands Nick is his dad and she rushes out and hugs Nick. Nick remembers all the childhood memories with Barkha. Nick offers to drop Barkha and Nani when Nani asks Nick to do something to save Barkha’s relation. Nick is dicey about intervening but later ends up going to Ishan’s family.

Badal gets restricated from college and Pallavi gets upset. Pallavi consoles an upset Barkha and assures her that they will go right now and convince Ishan’s family. Pallavi is shocked seeing Nick. Barkha expresses how she wants to be with Nick so Pallavi slaps her. Later, Barkha receives money and letter from Nick stating he is leaving.

Pallavi makes Barkha promise to never meet Nick. Later, in the party Pallavi is catering, Gagan gate crashes it and Mana attends it. Mana loves the dahi vada and gets drunk. Nick tries to take her out but she goes. Pallavi meets Mana but is unable to recognise. Here, Nandita gets to know that Pallavi is the chef of the party so she tries to show her down.

Gagan brags about Nick being his dad so Mana thinks he is the son of the woman Nick is marrying. Mana creates a scene and asks Pallavi if she is the mistress. Pallavi gets angry and says I am your mother. Mana is shocked and Nick and Nandita take Mana and leave.

Later, Nani asks Gagan to give the money back to Nick so Gagan lies and says yes as he has already stolen money. Gagan meets Nick and informs him about using some amount of money. Nick decides to fullfill the duty of a father. Nandita thinks she can’t let Nick and Pallavi reunited.

In the upcoming episodes, Nick and Pallavi will come to police station. Pallavi will think Nick is creating problems for her.