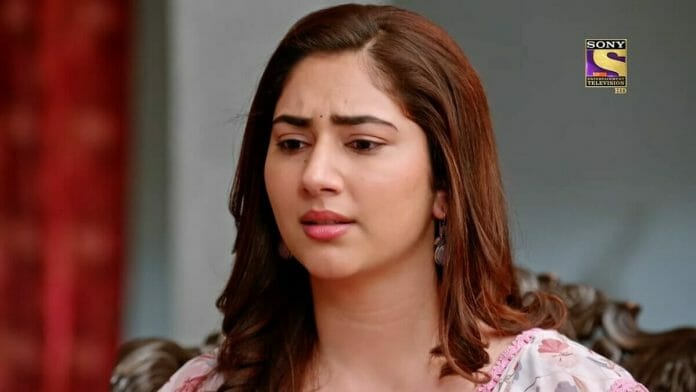 In today’s episode, Nandini pretends to be happy with Pihu. Priya and Nandini have a fight when they are alone, they fight regarding Ram and Pihu. Later, Vedika tries to tell Ram about fighting for custody for Pihu but Ram denies. Meera and Sandy come for the ganesh puja where Shubham gives a office work to Sandy.

Sandy finds a visiting card of a custody lawyer and thinks if Ram wants custody of Pihu. Vedika wants to do aarti with Ram but instead Pihu steps in and makes Priya also join. After the puja, Vedika and Nandini show Ram a visiting card of the lawyer who fights for custody, they make Ram believe that Priya is hiring this lawyer. Ram is unable to beleive it.

Later, Ram sees Priya teaching Pihu from a dehradun school book. Ram wonders why will we send Pihu to Dehradun. When Ram finds Priya alone he goes and talks to Priya. Ram is surprised to know that Priya wants to tell Pihu about he being her dad.

Ram is happy to know they both are on the same page. Priya gets easily convinced not to send Pihu to Dehradun for studies. This makes Ram calm and think Priya can’t hire any lawyer for custody. Later, they both decide to forget their fight for Pihu and stay together.

Sandy comes to Priya and takes her. Priya is told by Sandy and Krish about Ram filling a custody case. She refuses to believe it. Priya thinks it’s all planned by Nandini and she wants to increase misunderstanding between her and Ram.

As the day passes, Priya gets more proof about Ram planning something as she gets passport of Pihu. This scares Priya and she also plans to escape with Pihu.

In the upcoming episodes, Krish will tell Priya about Ram trying to fight for Pihu’s sole custody. Priya will worry and think to flee away with Pihu.