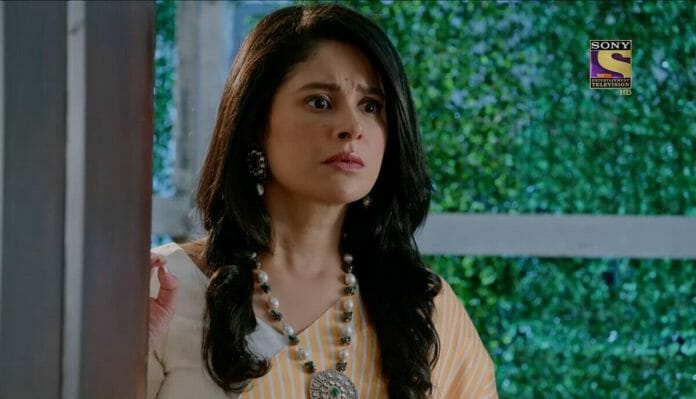 A shocking twist in Sony’s Bade Achche Lagte Hain. Nandini was all set to succeed in her plans to create misunderstandings between Ram and Priya but Priya makes her plan backfire on her.

Earlier, we saw Nandini failing to keep Pihu away from Ram. Ram got to know about Pihu being her daughter and they reunited. With this defeat, Nandini was seen enraged and was looking for any possibility of defaming Priya. To increase trouble for Priya, Nandini was seen puling a dangerous stunt of making Pihu go away from Priya and suggesting Ram to keep Pihu to himself. Nandini will definitely try to throw more challenges on Priya.

In today’s episode, Priya becomes sure that Ram is trying to prove that she is a bad mother so that he can win custody. Later, Priya tells Pihu about an adventure and how they need to hide from Ram and he will find them.

Priya packs her and Pihu’s bags and then decides to leave when Pihu doesn’t like to leave. Priya gives a second thought and decides to talk to Ram before leaving. Nandini gets shocked seeing Priya and Pihu in the house. Priya confronts Ram how Vedika went to custody lawyer on his behalf.

Ram is shocked and scolds Vedika. Nandini supports Vedika and says it’s good we will have Pihu legally. Priya requests Ram how they can’t do this to Pihu.

In the upcoming episodes, Priya and Ram will get drunk together and spend some time together.