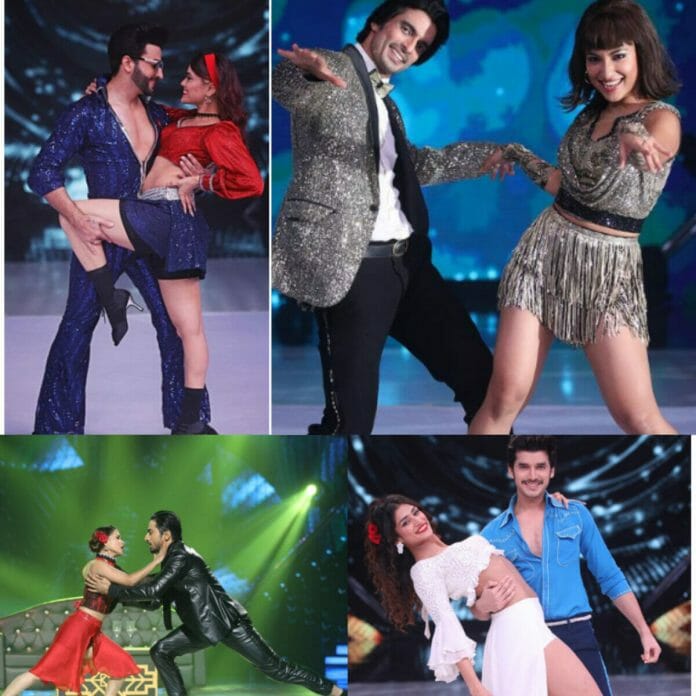 Jhalak Dhikhla Jaa 10 returned with dhamakedar performance of the current contenders. Each celebrity contender is giving their best and setting the stage on fire. Judges are impressed with the so far performance. Contenders leaving no chance to woo Karan Johar, Nora Fatehi and dhak dhak girl ‘Madhuri Dixit’.

Last week it was an amazing episode. The performances by the celebs were jaw-dropping. This week will be a blast too! The male contenders of the show are giving tough competition. Tell us which handsome hunk you are rooting for:

One of the strongest contenders. He is setting the stage on fire. Gashmeer impressed the judges by performing on ‘Badan Pe Sitare Lapate Hue’ song. His energy level along with his choreographer while performing this sequence was breathtaking. He won golden chair.

A social media user quoted “King of dance #gashmeermahajani “. Gashmeer’s opening first performance on ‘roshani se’ song sizzled the screen. Fans are still not over from that sizzling moves by Gashmeer and his choreographer.

Dheeraj Dhoopar is impressing fans with his dancing moves. The first performance by the actor earned positive appreciation by the fans. In the retro special week; Dheeraj again impressed the audience with his killer moves. Dhoopar was spotted dancing in his last show Kundali Bhagya. He rocks the floor surely.

Dheeraj celebrates 4.3 M instagram followers and counting. He will be seen in Sherdil Shergill soon on colors playing the character of Raj.

Paras made headlines for bagging Jhalak 10 and quitting famous show Anupama. He was worried for his future when Judge Karan assured Paras that he took the best decision. Paras received appreciation for setting stage on fire with his dancing moves.