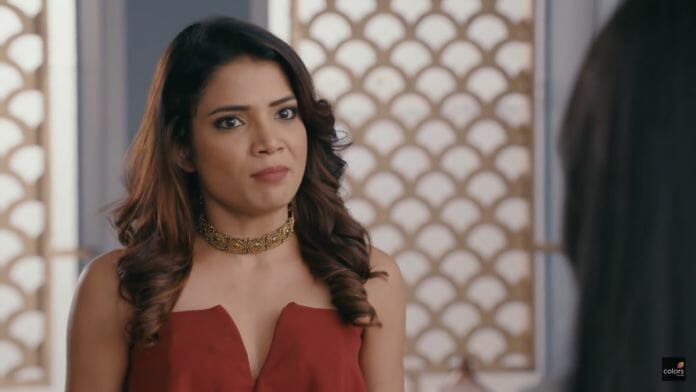 Colors TV show Balika Vadhu is taking different turns as Jigar who has known about the dirty games of Ishana is trying to inform Anandi about it but becomes target of Ishana. On other hand, Anand still has feelings for Anandi and keeps getting mesmerized by her. How will Anandi’s life take turm amidst all this?

In the previous episode Anand noticed Anandi’s dress zip undone, he tried to inform her about the same but she didn’t listen. Later Ishana called up Anandi on stage but Anand got power supply cut off and made realize about her zip. Later she confidently walked on the ramp with dupatta she used stylishly to cover the damaged zip. Ishana felt angry at her plan being flopped. Anandi wore saree and Anand was completely mesmerized by her beauty.

Jigar saw Ishana and wanted to inform Anandi about her. Ishana realized that Jigar knows her truth so she trickly mixed medicines in water for Jigar which made him fall uncomo. In the upcoming episodes we will see Ishana blaming Anandi about not knowing about relationships. She calls Anandi orphan whose parents died at a small age. Anand shuts her up and says no one understands relationships better than Anandi which leaves Ishana annoyed.

Will Jigar be safe after Ishana’s dirty game?