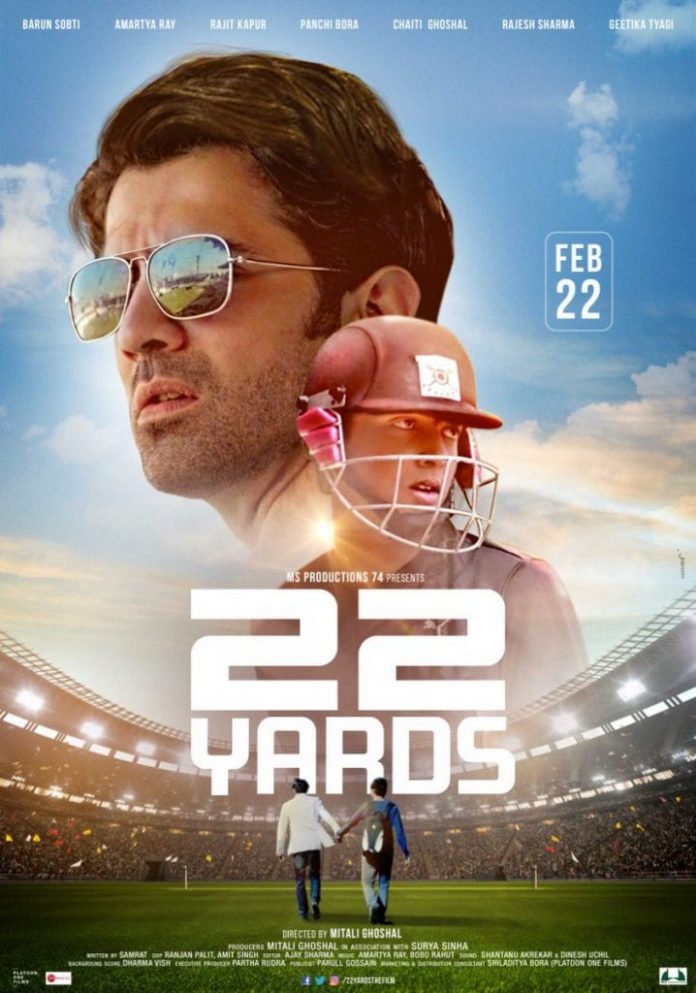 Television Heartthrob Barun Sobti’s new film 22 Yards is just a few yards away from rocking in the big screens. The production of this film has been started a long time ago and now successfully we will be getting to see Barun Sobti on the big screen once again with a new sizzling role and a catchy story this time. The story is crisp and has a cricket background.

Barun Sobti was spotted filming for this movie in West Bengal. This will be Barun’s second film in Bollywood. Aspiring budding actor Amartya Ray has also put a lot into this film. While the processes are going in a full-fledged way here is a new song released by the team 22 Yards under Zee Music Company, Bande Daud!

Barun Sobti himself have shared the link of the song in his Twitter page. Music and lyrics by Amartya Ray himself who is also featured on the movie. Siddharth Mahadevan has voiced this amazing song. The song is catchy and with on-point visuals, the song and the beat inspire energy. Under MS Productions 74, this film is all set to hit the screens on 22nd February.