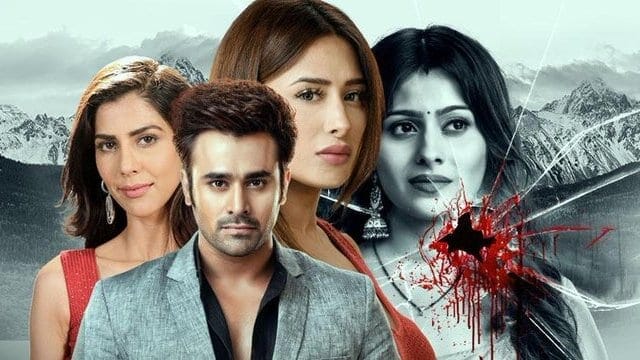 Today Episode opens with Pragati. She comes down stairs and searches for something. Raghbir’s mother comes and sees her. She asked for room to stay. Later, Raghbir wakes up and wonders who brought him to the bed.

Pragiti hears him and in flashback thinks of her scenes with his father. Raghbir sees him and ask who is she? She says Sir Pragiti. Raghbir takes her with him. Both shares a meal, Raghbir looking at her imagines Bani, song plays in the background.

Raghbir ask to Bani don’t she has a table manner. Raghbir stares at Pragati with a blink. Pragati says sorry she has eaten all She ask Raghbir shall she cook for him. Raghbir leaves the palce saying he is full.

Aditi tells Raghbir’s father that this girl can’t be his DIL. Raghbir’s father says Pragati is his wife and will stay in the house only. Aditi gets angry and says Sukanya is fit for Raghbir. They both fight over Pragati. His father praises Pragati, Aditi says she fears the girl will bring the past in front of them. She says if this will happen then they will also not be spared from it too. Aditi says think what will happen when Pragiti will learn the truth and will bring Raghbir’s past. They both feels someones’ presence around them.

Pragati ask room from Raghbir. He tells her the direction and goes. Pragati goes inside a dark room. She recalls Raghbir’s words and opens a door. Priya talks to someone on call and later gets scared who opened this room door. She calls Shanti and asks her about the room. She says she has locked the door properly. Pragati was about to open the door, Aditi tells her the way to guest room and locks the other room.

Pragati sleeps and someone marches towards her room. Wind blows, Saree woman comes inside and touches Pragati’s hand. She wakes up and asks who is there? She slept again.

At table everyone discusses about Pragati. Raghbir’s father ask to act good in front of her. Aditi taunts Pragati. Pragati ask do she should prepare something for all. Aditi again taunts her. Raghbir’s grandmother asks her to sit. Raghbir’s father says things will change from now. Pragati looks for Raghbir.

Raghbir’s grandmother says to Pragati that don’t believe the members of this house. Each carries double face. Pragati looks at her blankly.

Raghbir’s elder brother does meeting with the company employees at their home. Raghbir comes downstairs drinking and takes away the file from his brother’s hand. He ask him to give back the file. Raghbir says to Gaitonde that problem is in printing, so throw away that printer. His brother gets pissed off. He says it was printing error and they wasted so much of time behind it. He asks his workers to get it corrected. Raghbir ask his shares from the total amount. Gaitonde praises Raghbir. His brother asks him to help him in the office. He says he has lots of work to do. From drinking to counting stars at night he is very busy so he can’t help him. His brother says bring changes in your life as you are married now. Raghbir says Pragati is here for some days and she will go back to her house soon. He leaves the place and starts drinking. His brother asks him don’t  drink much it’s not good for health. Pragati hears all the conversation and gets sad.

Precape: Sukanya says Pragiti can’t stop her. Raghbir hurts his hand, Pragati runs towards him. He imagines Bani in place of her and later sees Pragati