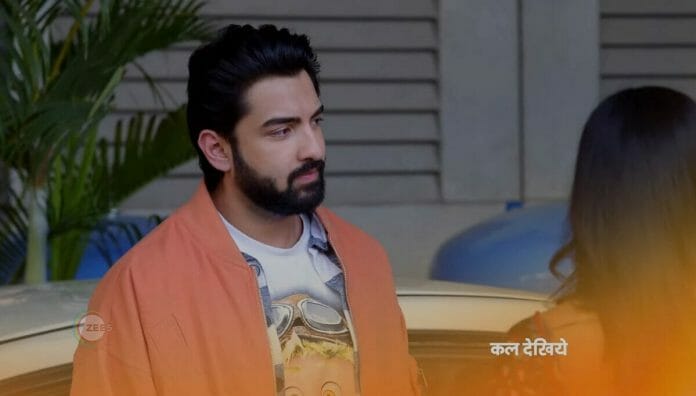 Zee TV popular show Bhagya Lakshmi is attracting viewers with an interesting storyline where Malishka lashes out at Balwinder has glued the audience to the screens.
As reported earlier, Rishi gets cleared of all allegations, and the police praise Lakshmi. Ayush sends Lakshmi and Rishi for a bike ride in front of Malishka.

Kiran spots Balwinder at her place and tries to close the door and call the police. Balwinder explains to Kiran that he came here escaping from Rishi and Malishka allowed him to stay.

Ayush drops Malishka at her home. Lakshmi asks Rishi why did he stop here. Rishi says they stopped here to fulfill her dream. Malishka sees Balwinder. Malishka takes the rod from Kiran and starts hitting Balwinder.

Lakshmi asks Rishi what is her dream that he is talking about? Rishi reminds Lakshmi saying she once said she wants to go on a walk with her husband on a road when there is cool weather. Rishi and walk on the road and talk to each other.

In the upcoming episode, viewers going to witness Rishi will say to Lakshmi that he likes this moment with her. Lakshmi asks Rishi if she can share something with him. Rishi agrees. Lakshmi says she never thought of leaving him and says she wants to be with him forever.

What’s Kiran’s plan against Lakshmi? Can Lakshmi foil the plan of Malishka?
All these questions will be answered in the upcoming episodes.