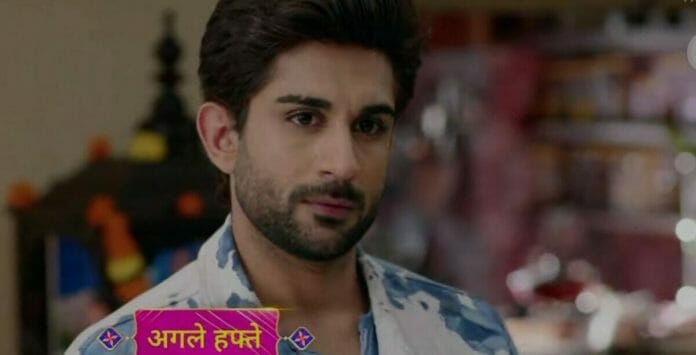 Star Bharat’s show Bohot Pyaar Karte Hai is gearing up with an interesting drama with Swati passes the verdict in favor of Kadambari which Ritesh opposes it but Indu decides to follow the court order and tries to convince Zoon to go with Sameer-Kadambari.

Now it will be interesting to see what will happen next? Will Ritesh accept Indu’s decision to oblige the court order? Will Zoon agrees to stay with Kadambari? What will Indu and Ritesh do next?

In the previous episode we had seen that Shivangi arrived at the court and created a drama. Swati warned her and asked her to leave but Kalpana informed it was her who called Shivangi here so that she could learn more truth about Ritesh. Shivangi told Swati she and Ritesh used to date few years back then when she got pregnant he forcibly made her abort the child so Ritesh would never love Zoon.

Ritesh pleaded with Swati to not to believe Shivangi’s words. Swati postponed the hearing the next day. Meghna shared her worry about losing the case with Ritesh and Indu. Later Ritesh vent out his frustration about Shivangi’s lies. He then learned through Dolly that Kadambari’s lawyer was here to meet her.

He got to know it was not Kalpana but Mr.Kapadiya so he instructed her to gather information. The next day Meghna informed Kadambari wanted Zoon’s custody to get her father’s property to Ritesh and Indu first then Swati. Swati questioned Kadambari and the latter acted and told it has nothing to do with her wanting Zoon’s custody.

Swati decided to reveal her decision after lunch break. Ritesh Indu and Meghna hoped that Swati passes the verdict on their favor meanwhile Zoon packed her things also expressed her joy with Sunita to go and stay with Ritesh and Indu. Sunita got worried when the diya goes off so she prayed God to not to punish her daughter anymore.

Outside the court Kadambari told Sameer and Kalpana they still have time to make the verdict to come in their favor. A man who claimed himself Ritesh’s assistant entered Swati’s room with huge some of money which angered Swati. She send the man out and got determined to not to spare Ritesh for tried to bribe her.

In the upcoming episode it will be shown that Indu will challenge Sameer that she will get Zoon back. Zoon will believe Indu’s words so she will say bye to the family members and leave with Sameer.