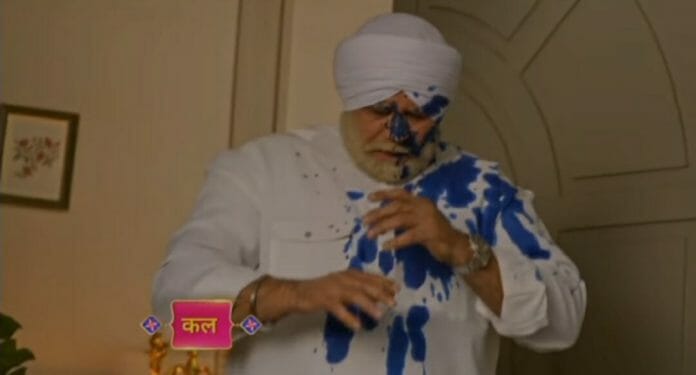 Star Bharat’s show Channa Mereya is gearing up with an interesting drama with Ginni demands an public apology from the Singh’s also refuses to give them time but Aditya gets determined to fulfill the promise he made to her. Now it will be interesting to see what will Aditya do to gain Ginni’s trust? Will Aditya be able to convince Ginni? What will be Amber and Shailaja’s move against Ginni?

In the previous episode we had seen that Aditya found Ginni who turned around towards him and the former got shocked finding Kushwant’s diary in her hand. Aditya pleaded with Ginni to hear him out but the latter refused to give him an opportunity and expressed how she felt betrayed by him and his family after finding the diary from his cupboard.

She also told him that she loved him selflessly but his betrayal is what she got in return. Aditya once again tried to explain her but Ginni stopped him and asked him whether he know the truth and slapped him hard when he told her he was aware of this. The family members got shocked. Supreet tried to convince Ginni to listen to them once but fails.

Amber took stand for Aditya and informed Ginni that Aditya was innocent. Ginni demanded to meet Rajvant also refused to believe he was sick and called the Singh’s as traitors. Rajvant arrived there. He apologized to Ginni for what he done to Kushwant.

Ginni expressed her disappointment towards him for betraying her father also refused to forgive him. Rajvant broke down infront of Ginni. He pleaded with Ginni to not to punish Aditya for his mistakes. His health detoriates. Ginni decided to leave the Singh house which shocked everyone.

The entire family pleaded with her not to leave the house. Amber revealed her about Rajvant’s decision to gave their business fifty percent share but Ginni told him nothing can return her father to her and left the place.

Ginni arrived to the dhaba seeing her Gulraj got worried and asked her why she was here at this time. Ginni showed Kushwant’s burnt diary to Gulraj and the latter got shocked seeing it.

In the upcoming episode it will be shown that Aditya will inform Rajvant and family that Ginni and family refused to accept their offer also what she demanded from them which he can’t able to fulfill now. Shailaja will bad mouth about Ginni and tell everyone Ginni want to avenge them. Aditya will get angry.

Later the Singh’s will get shocked seeing the reporter’s outside the house. They all will try to control the media people. One person will enter the house and pour ink on Rajvant which will shock the Singh’s also Ginni who is watching all this through a news.