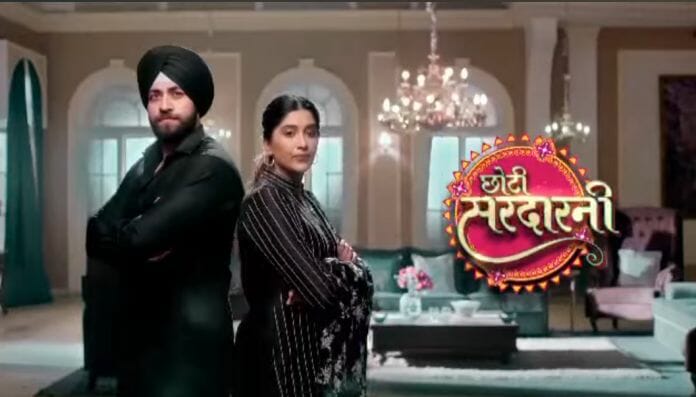 The episode starts with everyone coming to marriage function. Raj arrives with Prince and Prince says they are wearing color coordinating clothes. Raj looks at Seher and gets mesmerized. Dolly and Kulwant go on stage to give performance. Later Raj and Khusi go on stage with Prince. They dance with him and Khusi forcibly dances with Raj after that which annoys him. Raj tells to stop the music. He goes towards Seher and dances with her on Sachi Mohabbat song. Seher leaves and asks Abhinash again about that night.

Abhinash says he told her million times that Raj was only with Khusi that night and it was five years ago so the hotel staffs are not same as before so she wont get any information. He says he can understand what she must be going through but thats the truth Raj is Prince’s father. Seher gets a call and says she found an evidence and she will go to outhouse for that. Abhinash says that’s a good news. Seher goes to a dark place and someone comes to kill her with knife. Kulwant catches Abhinash red handed who was holding knife. Kulwant says so it means he wanted to kill Seher but it was not her but a trap for him.

Seher lashes out at Abhinash for his lies and evil ploy. She says he spent night with Khusi not Raj. Abhinash instantly denies that Seher is accusing him and invited him to insult him. Khusi gets shocked and scolds Seher for accusing Abinash. She says sorry to him. Seher says Abhinash is Prince’s father and he put the blame on Raj. Abhinash opposes against that saying he was absent for some time from the party doesn’t mean he was with Khusi. Seher says if he was concerned for Khusi then why he didn’t show the video to her earlier. He says that time the value of the video was zero as Raj left Khusi. Now the value is more as Raj came back in Khusi’s life and Seher wanted a proof from her too. Seher says noone can understand a husband better than his wife. She shares her plan how she with the help of her uncles collected Abhinash’s finger print for the DNA test and got that tested. The report is positive it means he is Prince’s father. She shows Khusi the report.

She says Abhinash tried to kill her as she told him she got a proof against him. Khusi tears the report saying it is false and she says Seher can’t lose Raj so she broke her promise of leaving Raj for one year and now putting the blame on others. Seher says the report is true and came from the same place. Khusi put forth conditions and separated Seher from Raj and now even after proving the truth she is not accepting it. Why she is doing so. Abhinash keeps on saying he is not Prince’s father. Raj gets furious and Seher’s uncles too get angry. They ask Abhinash to tell the truth else they will not spare him.