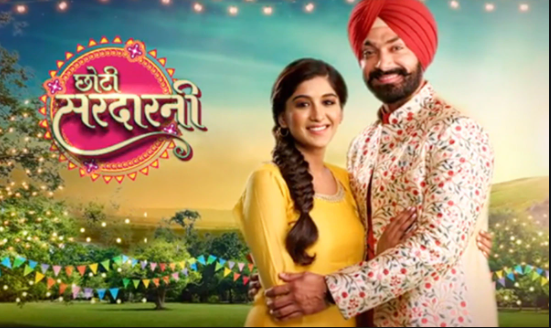 The episode begins with Meher tells Doctor that Trilochan’s heart stopped beating. Doctor examines Trilochan and informs her that it’s a cardiac arrest so they need to revive him within minutes but Power goes off and they tries to use the generator. Kulwant pleads Trilochan to wake up saying that if anything happens to him then, she will also die with him. Doctor gives electric shock to Trilochan to revive him and the latter regains his consciousness. Kulwant thanks God and feeds ‘halwa’ to Trilochan. He praises the taste of the ‘halwa’.

Kulwant tells Meher that the latter gave new life to Trilochan today and she won’t forget this favour and bleeses her. Meher tells her that he is her father and it’s her responsibility to save him. Trilochan tells Meher that seems like he did something good in his previous life that’s why he got this beautiful family and he lived alone till now in the jail and never thought he will meet his family again and wishes to click family picture with them. Sarab tells him that he will fulfill his wish tomorrow definitely.

Next day, Sarab wakes up and admires the sleeping Meher and kisses on her forehead and she points at her lips to him so he gets excited and moves towards her but she pushes him and runs to Kids room. He follows her. Meher wakes the Kids with water gun. Meher asks them that do they remember that what are they going to do today. Kids screams that they are going to click family picture today.

She tells them from now on they will celebrate family day on this day every year. Everyone gets ready. Harleen comes there and asks them to join for breakfast. Sarab feeds Meher and tells her that he forgot to wash his hand. She tries to catch him and he tells her that he lied to her. She refers him as ghost and he tells her that ghost community must feel proud now because he added to their community now. She taunts him and he sits silently. She sings to cheer him and others joins her. Trilochan comes there and asks them to get ready to click family picture.

Sarab demands a kiss from Meher in front of Kids. She asks him that what is he doing. He asks the Kids to close their eyes and she asks him to close his eyes. He closes his eyes and Kids kisses him one by one then he realises that they cheated him and kisses the Kids and chases Meher. He catches her and she asks him to leave her and notices flying drone. He tells her that it has camera so it will capture their moments and she kisses him. Seher sees them and tells Meher that she wants a husband like Sarab because he loves her so much. They tells her that the latter will get someone who will love her unconditionally.

Precap  – Sarab and Meher meets with an accident.