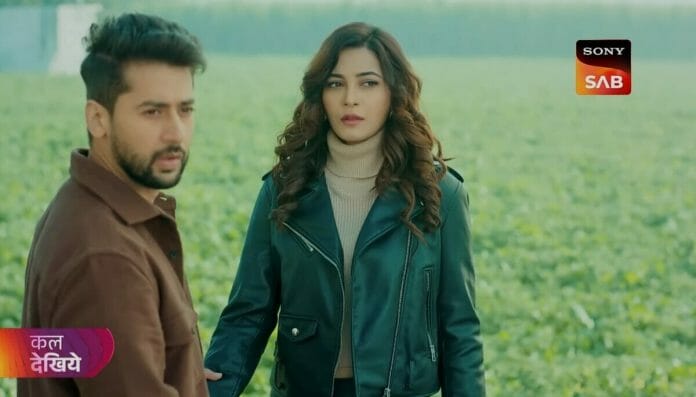 In previous episode Veer celebrates playing dhol as Kushwant couldn’t get the land. Amrita accidentally saves Dilpreet from Kushwant’s attack and Veer warns him too. Amrita refuses to take credits that she saved Dilpreet. Dilpreet learns her father is a doctor and Veer lies that he is a struggling doctor and Amrita is looking for job here.

Later Dilpreet tells Ria how he felt like Amrita is Mandeep’s daughter. Ria says that can’t be true. Veer clears Amrita’s doubts that Dilpreet hates America so he lied about her whereabouts. Veer’s positive thinking impresses her.

There Randeep feels left out for not arranging the money. Param takes Sanjot to Mandeep’s room and Sanjot makes chole for her son on his birthday. She gets teary and wishes him.

In future episode viewers will see Veer will come to Dilpreet’s house with Amrita. Veer will save her from falling and Ria will get jealous. Amrita will receive a grand welcome from Sanjot and Dilpreet which will upset Ria.

How will be Amrita’s experience in India?