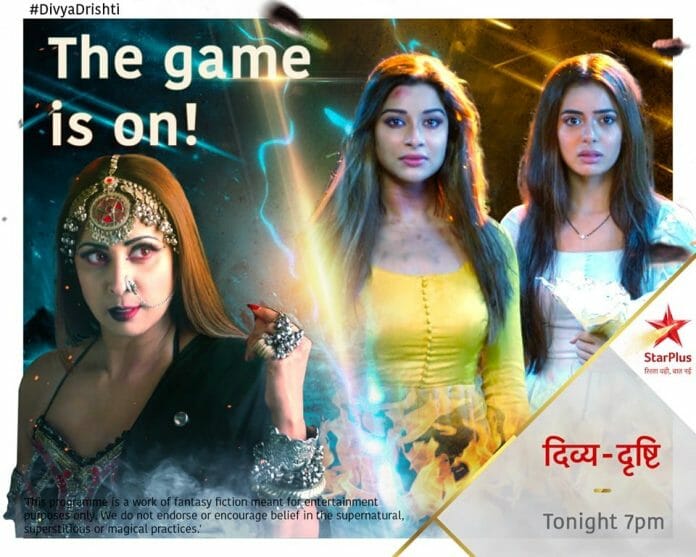 Episode begins with Rakshit prepares the entire house mates for the party and calls for vicky, his friend. Surprisingly Vicky is not seen anywhere. Rakshit is trying to see his friend Vicky went? All of his house members I preparing for the party. Drishti went with ojaswini to prepare some drinks in the kitchen while Divya accompanies Shekhar to the store rooms to bring Mirchi lights. Shekhar gets to see the painting unrealized it is his own house and he is the son of the house. Shekhar gets emotional to think that he is the son of the house and he gets happy. Vicky made everyone in the house have the mixed drink. Everyone seems drunk in the house and all are dancing together. Everyone is dancing and enjoying with each other in the party. While Shekhar and Divya are in the kitchen in the drunken state and they are giggling and getting close to each other unknowingly.

Shekhar says I want to say something to you and Divya says even I want to tell you something . Shekhar comes close to Divya in the kitchen due to the effect of alcohol. Shekhar asks Divya to come close to him and says in the ear of Divya I am Shekhar and Divya laughs and says I already knew this and says that I am Divya and both of them laugh together. On the other side Rakshit and Drishti and enjoying with each other after a long time. As both of them are drunk they are totally enjoying the moment forgetting everything. Drishti is asking Rakshit to become a horse for her and she wants to travel on him. Both of them spent so much time with each other after long and they do things with each other by applying their powers and magic. Divya comes and takes away Drishti with her.

Vicky comes to a corner and says for this only I came here. It was shown that Vicky is a partner of Pishachini. Vicky again comes in the hall and joined the family members in the party. Divya and Drishti comes together in a room and laughing together with each other due to the effect of the alcohol. Drishti sees the book on the table which Divya brought from the store room. Divya says I brought it to show you but I didn’t get time to do that. They took the book and starts to read and stop when they see the name of their mother is on the front page. Divya says I am getting sleepy we will read the book later. Drishti says no I will read the book now only and I have a magic trick through which we can read the book without oven reading it.

Drishti and Divya both are joining their hands together. When a light comes from the book and both of them travels in the past and get to see guruji, the grandfather of Rakshit and also Vidya, their mother. I want to see how the one eye of Pishachini becomes stone. Drashti is about to see someone whose shadow is behind her but before she can see the face, they come back in the present. On the other hand, the fake friend of Rakshit, Vicky transforms into an animal creature.

Precap – Shekhar develops a doubt on Vicky and his intentions.