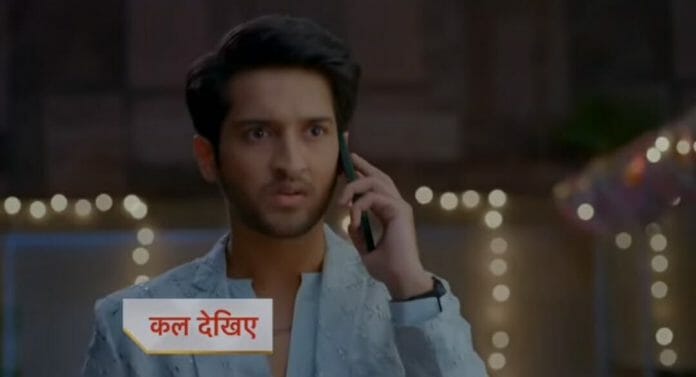 Star Plus popular daily soap “Faltu” starring Niharika Chouksey and Aakash Ahuja as the main lead is gearing up for some intense drama and interesting twists in the upcoming story. Previously, Faltu got sick while Alok tried to inform Ayaan but the latter stopped him.

She assured that she will be fine, while Pappi found about Faltu and called her via Charan’s phone. He threatened her while she gave a befitting reply. He determined to destroy Ayaan’s mart, while Faltu gets worried for the latter.

In the current track, Tanisha decides to clear her misunderstandings with Ayaan. She takes him inside the room and proclaims to have a private conversation. She ask him to be truthful to her and questions about the matter. He hides about Faltu from her and gives his commitment for their marriage.

Here, Ayaan keeps thinking about Faltu whole Tanisha ask him to pay full attention in her. She tells him about her demands and then talks about their honeymoon while he replies that he needs some time for it.

Faltu tries to contact Ayaan while Alok gets worried for her. She keeps blabbering about saving Ayaan while he tries to calm her down. Whereas, Rujula talks to her mother and everyone gets emotional, while at that time she gets Alok’s call and find about Faltu’s state.

Ahead, Pappi decides to visit Mumbai and discuss about it with Ratan and his wife. Charan tries to stop them but the latter proclaims to take his revenge from Faltu and Ayaan. Meanwhile, Tanisha clearifies everything with Ayaan and Kanika also apologises for doubting him.

Sumitra gets suspicious about Rujula while she makes an excuse and goes away from there. She tells Ayaan about Faltu but Sid and Sumitra couldn’t able to hear it. Meanwhile, Rujula gets shocked seeing Faltu’s state as the latter gets unconscious.

Later, Pappi calls Siddharth and tells him about the way Ayaan eloped with Faltu. He also informs that she is in his Aunt’s house while Sid gets suspicious about Rujula. Pappi asks for Sid’s help while the latter proclaims to destroy Ayaan.

Now in the upcoming episode, Ayaan will confront Pappi and his goons. Whereas, the latter will punche Ayaan. He will get furious and starts beating Pappi blue and black. The latter’s goons will try to stop Ayaan but gets unsuccessful. He will hold Ratan’s collar and gives a deadly glare. Whereas, Pappi will hit Ayaan with rod from the back.

Will Faltu be able to save Ayaan?

Will Mittals find about Faltu?