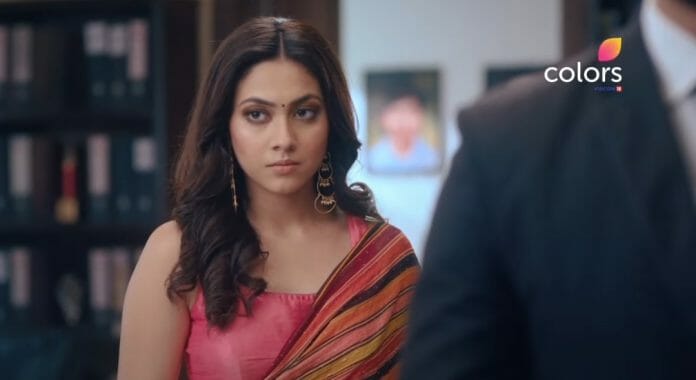 Colors daily soap Fanaa Ishq Mein Marjawan is gearing up for more drama with Agastya’s life being in danger.

In the previous episode it was seen that Pakhi told Dadi how she got saved after getting shot by Meera. She said that the the couple, whom she was calling as her parents, saved her and looked after her. After gaining her sense, she looked for her family and got to know what Meera did with them. She decided to save Agastya from them. Pakhi said that she requested the priest to lie to Dadi and made her come to the temple and then said how village people lied to Yug that she was from that village. She revealed that Shanaya helped her to change the DNA test.

Dadi asked why she wanted to help Agastya despite what he did with her. Pakhi said that Agastya got punished more than his crimes and Meera was responsible for Agastya’s act. Pakhi met her parents and they shared an emotional moment. She convinced her parents to support her in her plan to expose Meera and Yug. They agreed. Pakhi made sure that her family go out of the house on some pretext to protect them from Meera

In the next episode viewers will withess that Agastya will cry and will refuse to return to the mental asylum. Pakhi will assure him to save. Agastya will be taken to the mental asylum. Meanwhile Pakhi, Meera and Yug will come to the court. The lawyer will say that Pakhi requested to keep Meera and Yug in remand until the case hearing as she’s scared of them. Judge asked Pakhi’s appeal. Pakhi will try to tell the judge that Meera shot her, not Agastya. She will stop on getting a video in which Agastya will be kidnapped and tied up to a chair. It will be revealed that Meera got to know Pakhi’s plan trough Mona and foiled it. Pakhi will run to save Agastya.

What will Pakhi do next? Will Pakhi be able to save Agastya?