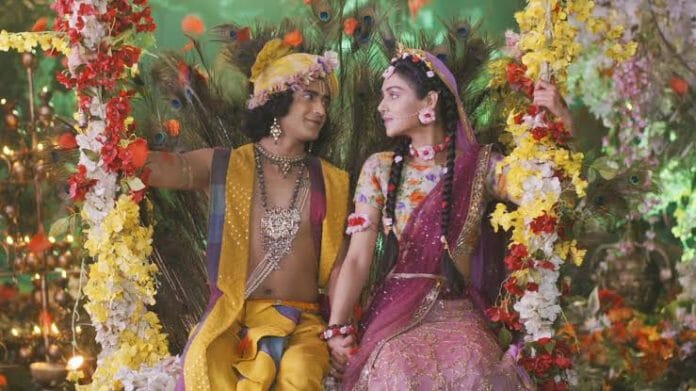 Star Bharat’s popular mythological show entertaining its audience since 2018. The show earned a separate fan base.

Sumedh Mudgalkar and Mallika Singh heartily accepted as Lord Krishna and Radha. Both created magic on the screen as RadhaKrishn. Sumedh and Mallika won several awards for the show and acting. Their Jodi is unbeatable. Both effortlessly played the mytho character and impressed million plus heart.

The journey of serial RadhaKrishn coming to an end. The 5 years long journey was outstanding. Serial also recorded completing 1000 plus episodes by 2022 and listed among longest running television series according to  Wikipedia

Fans of the show recently trended missing the show and the journey of Sumedh and Mallika as RadhaKrishn. Under the hastag #SUMELLIKAFOREVER fans talked about the famous Jodi and quoted why they will miss this iconic couple.

A social media user quoted “as if he’s trying to imbibe every bit of the essence of krishna within him so that it stays with him forever, just as he has been trying to do through his portrayal since day one. so krishnmayi indeed!!

all the love to you! #SumedhMudgalkar #RadhaKrishn

The promo which made me watch the show the face which pulled me toward the show,her shooting is done or will it be the last day for her as Radha have no idea, will miss her as Radha #radhakrishn #mallikasingh

Fans bidding adieu to one of the best series with heavy heart. They demand SUMELLIKA to grace their screen in a new project soon.

Tell us if you all are missing the Jodi already.