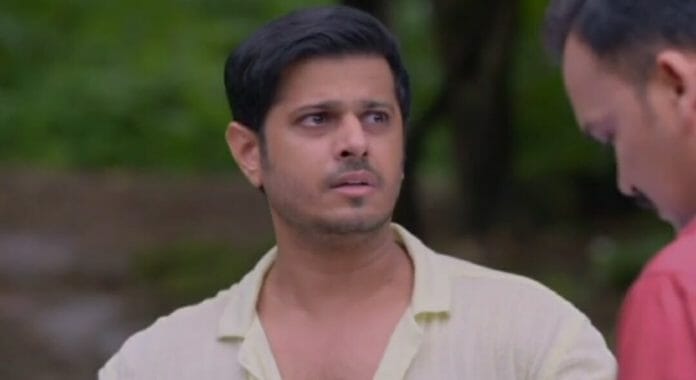 Star Plus popular daily soap Ghum Hai Kise Key Pyaar Meiin is all set to serve the audiences with a high voltage drama, along with the ongoing plot. Previously, Virat and Sai blamed one another for the problems in their life and the latter decided to leave the house if Virat bailed out Pakhi.

He ignored Sai’s warning and took a step to save his family. Sai gets annoyed with Chavans and decided to leave the house with Vinayak. Pakhi and others tried to stop her but she stayed adamant on her decision.

Virat and Sai had a huge argument and they breaks their relationship. Sai left the house with her baby, while Virat prohibited everyone from contacting her.

In the current track, Virat gets shattered by Sai’s decision. He cries remembering Vinayak and goes through his stuffs. He recalls Sai’s step and throws all her stuffs and pictures. He gets furious at Sai, while Ashwini and Ninad tries to console him. Ashwini also expresses her disappointed towards Sai and proclaims that she haven’t done right by leaving the house.

Here, Sai also cries thinking about Virat and other family members. She then calls Usha and ask for her help to raise Vinayak. The latter gets worried for Sai after learning about the matter and agrees to provide shelter to them.

Usha tries to make Sai understand about her mistake, but the latter stays firm on her decision. She takes the ticket for the bus and gets inside it. There she meets Rajjo and the latter keeps talking to Sai and states that she is a fighter. She then goes out of the bus and Sai cries remembering her moments with Virat.

Ahead, Bhavani confronts Virat that why he stopped her from forcing Sai to stay with them, to which he replies that he doesn’t want to keep her unwillingly. Bhavani feels bad for Virat’s condition, while Pakhi insists him to call Sai and bring her back.

Virat rebukes at Pakhi and declares that he doesn’t need Sai. He denies to call her. Whereas, the bus driver looses his control making the passengers tensed. Sai gets injured while the bus falls down the cliff.

Later, Usha gets shocked finding about the news and tells Ashwini about it. The latter gets stunned and notify to Virat and others. Everyone prays for Sai and Vinayak’s safety, while Virat rushes to the spot and tries to find them.

Now in the upcoming episode, Sai will get consciousness inside a hospital and winces in pain. She will recall Vinayak and tries to find him, while the doctor insists her to rest. She will tell that Sai was heavily injured, but the latter keeps looking for Vinayak.

She will question the doctor about her baby, to which the latter replies that Sai is pregnant and her baby is fine. The doctor will state that she have no idea about Vinayak, while Sai will get shattered.

Will Virat be able to find Vinayak?

Will Sai return back to Chavans house?