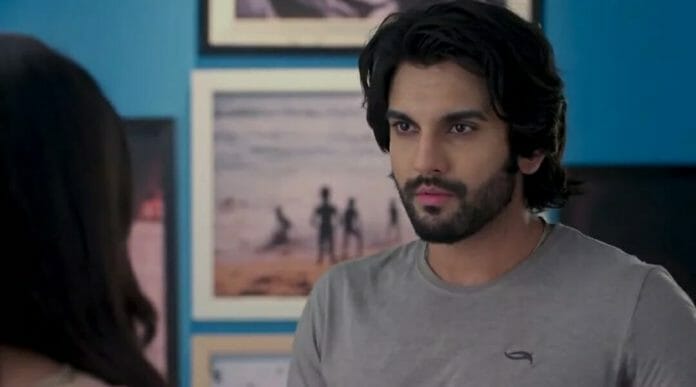 Gud Se Meetha Ishq depicts the rollercoaster journey of a young couple Neel and Kajal who got married in an unusual circumstance on Star Bharat and Hotstar. Currently we are seeing that Neel fails to inform Kajal about him and Pavitra. Pavitra puts on a pretence to gain Kajal’s trust and betray her later. Nimrit fakes her love for Pari infront of Dev.

In the previous episode, Kajal stopped Neel from giving any explanation and said that she trust him too much. She termed Neel and Pavitra’s friendship platonic. Neel failed to inform Kajal about his and Pavitra’s incident due to his fear of losing Kajal forever.

Bhoomi prepared Neel, Kajal’s divorce papers and asked Pavitra to make them sign on it. Pari saw Dev and hugged him tightly. Dev asked Pari what happened to her, why she was not picking up her calls. Pari told Dev whatever happened. Nimrit secretly cuts her hand using a knife.

She told Dev that she was there with Pari. She showed her hand to Dev. Dev showed concern for her. Nimrit asked him to take care of Pari first. Dev thanked her for being there for Pari. Pavitra pretended to be sweet infront of Kajal.

She saved her from falling and thanked her. Bhoomi asked her the matter. Pavitra said that she would gain Kajal’s trust to betray her later. She added that she would become Kajal’s best friend so that Kajal sacrifice her love for Pavitra and handover Neel to her.

In the upcoming episode, Neel sees the photograph where Navdeep was giving money to few men in past. He thinks about informing Dev regarding the photograph. He meets Dev and tells him that he has something to share with him. Navdeep calls Neel.

Will Navdeep stop Neel? Will he get exposed? Will Kajal learn Pavitra’s truth? Will we lose Neel?