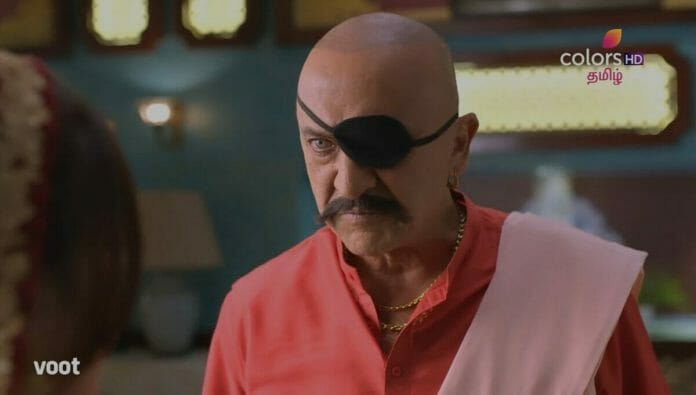 Shagun Sharma and Zebby Singh starrer Colors show Harphoul Mohini never failed to engage audience with its gripping storyline. This is the story of Malayali girl Mohini and Haryanvi boy Harphoul. Now, Mohini is pregnant so it will be interesting to watch that what going to happen in the future episode.

Earlier it’s seen that, Balwant ordered Shalini to poison Mohini. He threatened her saying that he will tell everyone that Santok lost his leg due to her and she was pregnant with her lover’s child before marriage. Shalini took the poison bottle from him and reached her house. Maai told her to make lemonade for Mohini.

Shalini made lemonade and mixed poison in  it. She gave lemonade to Mohini. Mohini drank it and slept. Someone slapped Shalini and attacked her. Shalini got terrified seeing no one in the room. She tried to leave the room but failed. After some time, Shalini was thrown away from the room. Everyone came there. Mohini screamed due to stomach pain.

Doctor examined Mohini and said that Mohini is pregnant. Mohini refused to believe that. She took blood test and report came positive. She wondered that how is this possible. Harphoul also wondered that how can Mohini get pregnant.

In the upcoming episode, Harphoul will ask Doctor that how is it possible to become 3 months pregnant in 3 days. Other side, Balwant will tell villagers that Mohini can kill them with her evil powers so they should kill her first. Later, Mohini will be surrounded with fire.

What will happen to Mohini? What Doctor will tell to Harphoul?