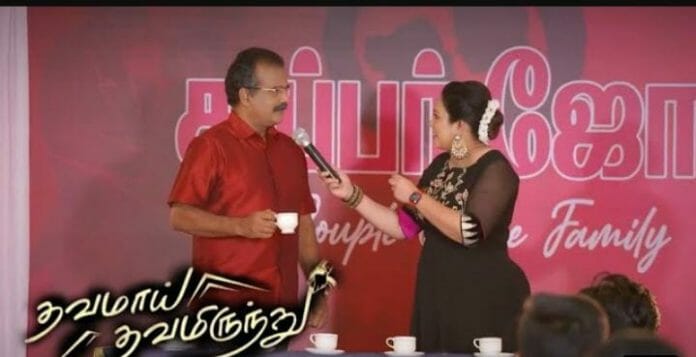 Archana calls Raja and Meghala to perform the task. Except, Markandeyan and Pandi other fails in the third round. Archana asks the husband to select the saree for their wives. Except Ravi, all others win the fourth round. The family enjoys the break timing. Pandi worries about the result. He wishes to win the prize.

Markandeyan overhears Pandi’s wish. Archana announces the score to the couples. Archana asks the husbands to write a kavithai. Markandeyan refuses to write. Malar and Pandi win the title and cash back prize. Sita understands Markandeyan’s reason for giving up. Malar thanks Markandeyan.

How will Marakandeyan pay off Ravi’s money?

Will Sita and Markandeyan go out of the home?