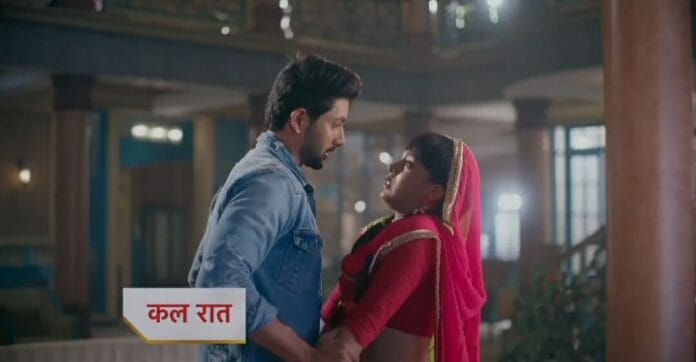 Star Plus popular show Imlie will witness an interesting twist soon. Jyoti forced Harry to stay in the mansion so that she can execute her plan of killing Imlie. Imlie also learned that Jyoti is upto no good, now how will she expose her? it will be exciting to watch.

Previously it was shown that Sundar felt awkward and tried to go away from Aryan and Imlie handled the situation somehow. Aryan told her about the false attempt to murder charges against him. She showed trust in him and asked if he trusts her as well. He replied that he trusts her but not the world. He asked her to have breakfast with him being partners.

There Jyoti told Kairi to chop Imlie into pieces and if she fails to do that then Harry will finish the act. Kairi showed her tamarind pieces and Jyoti got irked. Harry went to kill Imlie and he saw her taking off Kairi’s wig. Harry got to know that Imlie is Kairi only. He confronted her and tried to attack her with chopper. Imlie tried to save herself but he said that Jyoti will not free him if he can’t kill her. So he has no choice left although he doesn’t want to kill her. Jyoti tried to divert Aryan’s mind so that he can’t reach Imlie.

In the upcoming episodes it will be seen that Harry will fall down from the window while trying to attack Imlie. He will become paralyzed and Jyoti will tell him to put the blame on Imlie. Harry will fail to do so. There Aryan will suspect why Harry went to his room. Imlie will tell him about the attack and she will take him to Madhav. Madhav will lie to Aryan that Jyoti didn’t do anything. Aryan will then consider him as his enemy.

Madhav will reveal that Jyoti threatened to kill his mother so he lied. Kairi will later promise Jyoti that she will kill Imlie for sure. Jyoti will give her a chance. Kairi will try to cheer Aryan up when he will be stressed. Aryan will later get close to Kairi which will shock her. Nila will find them together.

When will Aryan learn Jyoti’s truth?

What will Jyoti do to Kairi after knowing her truth?