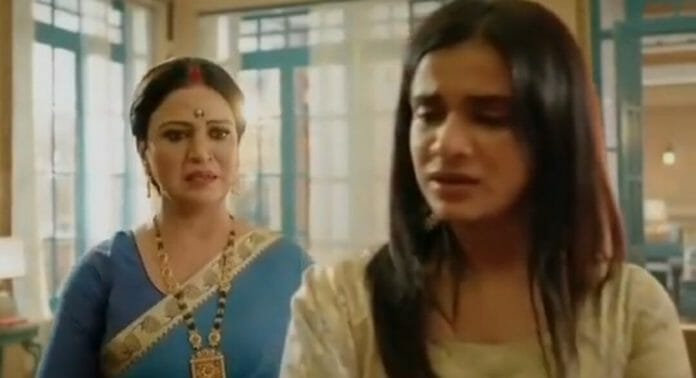 Star Plus popular show Imlie witnessed a five years leap. But makers are planning to make some big changes in the storyline and it will require exit of both the leads from the show. Its indeed a disheartening news for Arylie fans and also exciting at the same time to see who will be the new leads and what will be the upcoming story.

Previously it was shown that Aryan asked Imlie to accompany him and he will take care of her. Imlie refused to accept his help saying she can take care of her own child. He made the same mistake by trusting Malini and broke her immense faith on him. He is not her family anymore. Aryan felt shattered hearing that. Chini called Aryan by coming under pressure and told him to marry Malini. She said she needs her parents to hold her both hands. Aryan said yes as he wants to spend his life with Chini who is the closest person to Imlie. He gave her a kiss and left. Meethi told Imlie to stop Aryan from marrying Malini but Imlie replied that she already lost him six years back so she doesnt need him now. She is tired. Meethi made her realise that her child needs father’s love and for that she has to fight with Malini. Aryan informed about his wedding with Malini and his family got shocked to know that.

In the upcoming episodes it will be seen Arpita will try to make Aryan realise that he is doing wrong by choosing Malini but Aryan will reply that he is doing it to give a normal family to Chini and Imlie has already moved on with someone else. She is no longer a part of his family. There Malini will select her bridal jewel and will ask Chini to get involved into it but the latter will demand Imlie which will anger Malini. Preeta and Nila will be in shock knowing about Malini’s betrayal. Preeta will doubt her self worth and Nila will seek revenge from Malini for making fake promises to them. They will confront Malini and she will say that she is marrying Aryan just to separate him and Imlie forever. Preeta will finally see Malini’s true colors and later Preeta and Nila will meet Imlie. They will choose to support her and will also get happy seeing her pregnant. Chini will meet Imlie and the latter will get emotional. Imlie will team up with Nila and Preeta to expose Malini. Later Chini will clear Aryan’s doubts that she made them drink bhaang that’s why he and Imlie ended up in hut. Aryan will guess that Imlie is carrying his child.

Will Malini and Aryan get married ?