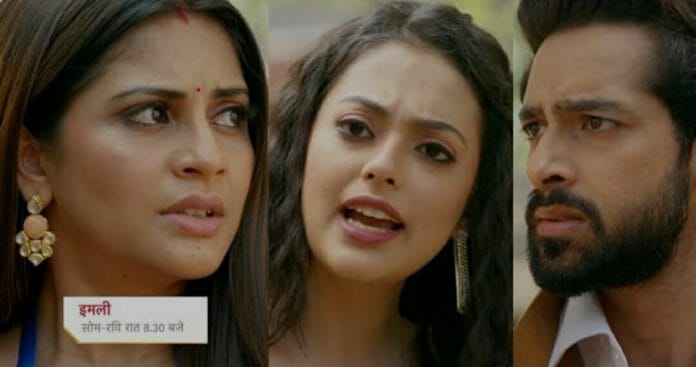 Previously it was shown that Imlie got shot in her hand and she fainted. Arto panicked for her and doctor treated her wound, she told her to take bed rest. Chini praised Arto for his bravery but he told her to leave. Chini decided to break up with Abhishek and Rupy scolded her for her shameless nature as she is still continuing to trouble Imlie.

She told Chini to stay home until her wedding is over. Chini set Rathod Mansion on fire so that Rathods can’t control her anymore. There Arto and his parents keep forcing Imlie to get proper rest. She tried to finish her pending work but Arto snatched her laptop. Later Imlie got to know Sundar is stuck inside Rathod Mansion which caught fire.

She will almost faint but will come out safely later with the idol. Arto will hug her and Chini will get jealous. Later Anu will ask Rathods where will they take shelter now. Arto will insist them to stay at Rana Residence until the wedding is over. Chini will be happy knowing that.