Star Plus’ one of the most anticipated and high budget show “KarnSangini” which airs on the evening slot of this popular channel will wrap their shop in the month of February 2019. As per the sources the tentative date of the same is decided on 25th February, 2019. This show which is produced by Shashi Sumeet Production is specifically based on the untold angles of Mahabharat. Urvi, who is a warrior princess  fell in love with Karna and married to him. 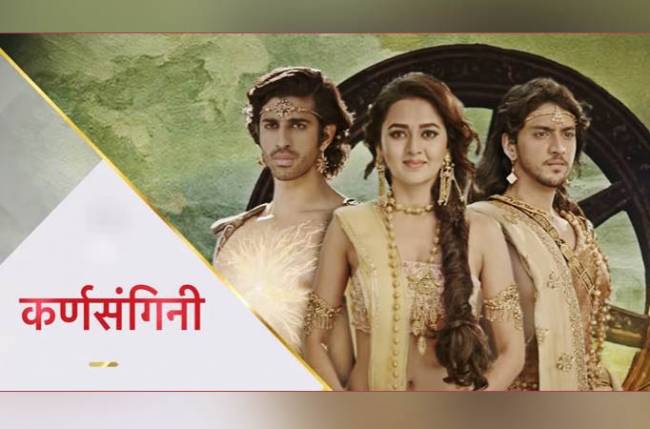 Though the story of the show undergoes many changes, the actors were replaced too for the sake of pulling up the ratings. But in anyway the tempo between audience and the show never set in the same tuning. Now when makers had tried every tit and bit to save the show and still the result remains unchanged, the channel finally decided to drop the curtain. Narayani Shastri who confirmed the off air news choose to remain silent to speak about why the show failed to gain support from audience. Aashim Gulati who is playing the title role in the show choose to remain silent on the whole issue. It is his third show in a row on the channel which is shutting shop due to poor trps. Tejasswi Prakash who is playing the role of Urvi here is yet to give any feedback on the whole issue. This Swaragini actress has the third show in a row which is shutting down due to bad performance. Prior to this this actress shows on Sony TV faced a lots of criticism and backlash from the audience which resulted in poor TRPs.


Well we wish the actors and the producer of the show all the best for their future projects. The ardent fans of the show will surely miss watching their favourites onscreen.