Episode starts with Sourya asks if Hima will go with Dad if he calls her to come with him. Varanasi says don’t worry, it won’t happen in this way. Deepa says she don’t want Hima to get hurt in between them. Sourya says Hima don’t go because her clothes are with us. Deepa says it’s minute of time for him to buy new clothes.

Karthik asks how Deepa knows our college matters, who might giving this info to her. Mounitha says maybe Vihari gave that info. Karthik says don’t fool me, he is at America plus Deepa is strongly saying Hima death is murder. Mounitha thinks Karthik Is somewhat believing Deepa words than she says youre part of that accident and Deepa is behind your past still you’re believing and giving importance to Deepa fake stories.

Priyamani brings Hima. Hima asks can they go. Karthik says let’s go than Deepa enters and tells to Hima that she can’t come to this kind of place and about to take Hima with her. Karthik stops her. Deepa asks her to go and sit in auto.

Karthik says I raised Hima so I know what’s running in her mind and heart, you’re not giving time for Hima to decide. Deepa says Hima denies to come with you that’s not my mistake, I always respect your love on Hima and I’m not taking advantage of your love And i just want my daughter to stay with me.

Karthik asks what about him? Deepa says become her biological father than you have all rights. Karthik says he will be Hima broughtup father. Deepa says than Hima will stay with her mother because I can’t become Vantalakka to her, you have to know you’re her Biological father until than you don’t have right to take her with you, forgive me if I hurt you but remember I’m always your Charanadasi and she leaves. Karthik says did you saw how she is separating my daughter from me. Mounitha looks on.

Anji prays god to unite Deepa and Karthik showing Mounitha reality to him, I may kill her in a minute but Truth will be burried along with her so she must be alive, Karthik babu won’t believe anyone words so I will reveal Mounitha reality to him with proofs that’s why now onwards I will follow Mounitha like shadow and he asks Devi to support him, he comes out and notices Mounitha car is going in that way than he follows her. Deepa and Hima reaches to home.

Precap – Mounitha spots Anji with Deepa than she goes to them and breaks Deepa phone and anounces she will get her Karthik. 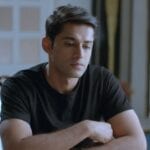 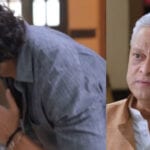 Bawara Dil Spoiler: Shiva gets slapped by his father 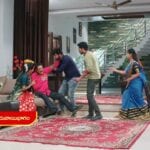 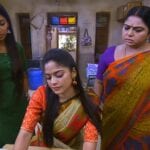