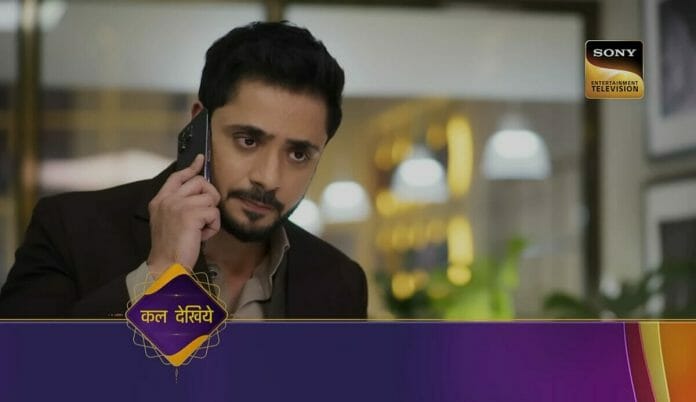 Aditi Sharma and Adnan Khan starrer Katha Ankahee is a newly launched Sony Tv show. This show is about how a widow also a single mother Katha doing multiple works to earn money for her Son Aarav’s medical treatment who is diagnosed by a blood cancer and a business man Viaan who thinks women are with men for their money.

Now that Viaan pleads with an answer from Katha but the latter refuses to give him a closure by revealing him the truth so it will be interesting to watch that what going to happen in the future episodes.

In the current track it shown that Katha expresses happiness to Chandra thinking he is going to hire her but gets shocked seeing Viaan there. Chandra advices Katha to listen to Viaan then leaves. Viaan says to Katha that he has to make this final mistake to rectify the previous one’s he had done.

Katha taunts him also tells him she isn’t selling anything which angers Viaan so he shouts her. He then pleads her to listen to him once saying he isn’t one who she thinks he is and tells her he don’t understand how they both are in this situation. In order to make everything he wants an answer from her.

Katha refuses to answer him and decides to leave but gets stopped when Viaan brings up the night. He expresses his guilt and pleads her to give him a closure by answering his questions but Katha asks him to live with his gulit and leaves. Kavita requests Kailash to give one chance to Katha and Aarav in their life.

Later Katha agrees to meet Ehsan but asks him to not to bring Viaan with him which the latter agrees. Ehsan informs Viaan about his plan to meet Katha and says he needs her in his personal life and leaves. Viaan gets sad.

In the upcoming episode it will be shown that Kavita will say to Kailash that she want to celebrate her birthday with all of her family members by her side so plead Kailash to give Aarav and Katha a chance. Reet and Yuvraj will get shocked hearing it. Later Viaan’s mother will inform him about Kavita’s birthday party meanwhile Aarav will ask Katha to get ready for the promise by reminding her about the promise she made to Kavita. Other side Viaan will agree to go to Kavita’s birthday party as his mother and Farah’s plus one which will make his mother happy.

Will Viaan and Katha meet each other in the party?

Will Ehsan confess his feelings to Katha?