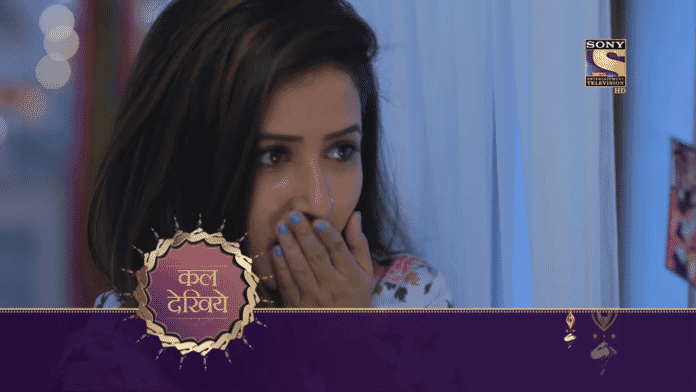 Sony TV’s popular show Kuch Rang Pyaar Ke Aise Bhi is back with season 3. This season deals with the changed dynamics between leads and a very big secret that turns everyone’s life upside down. Earlier its seen that Dev brought Sanjana home while Sanjana broke Sonakshi’s mangalsutra. Now it will be seen that Sanjana will install hidden camera in Dev and Sonakshi’s room and will fix Bijoy as her next target.

Previously we have seen that, Dev convinced Sonakshi to give a second chance for Sanjana. Sonakshi agreed reluctantly. In the meantime, an obsessed Sanjana  hacked Dev’s laptop and  watches him all day. Dev and Sonakshi  informed their decision to the family and reasoned that Sanjana had more rights on Suhana legally. Later Dev brought Sanjana home. As her next step, Sanjana broke Sonakshi’s nuptial chain as a start to break their relationship.

In the future episodes we will witness, It will be revealed that Sanjana forged her details and got job in Dev’s company using her technology skills. She will hide it from even her best friend Reena. Sanjana will enters Dev and Sonakshi room in the pretext of playing treasure hunt. Sanjana will install camera in Dev and Sonakshi’s bedroom. She will burn in jealousy seeing them romancing using the camera and will decide to start her plan . She will fix Bijoy as get first target and will attack him.

Will Sanjana succeed in her plan? Will Sonakshi realise Sanjana’s true intentions?