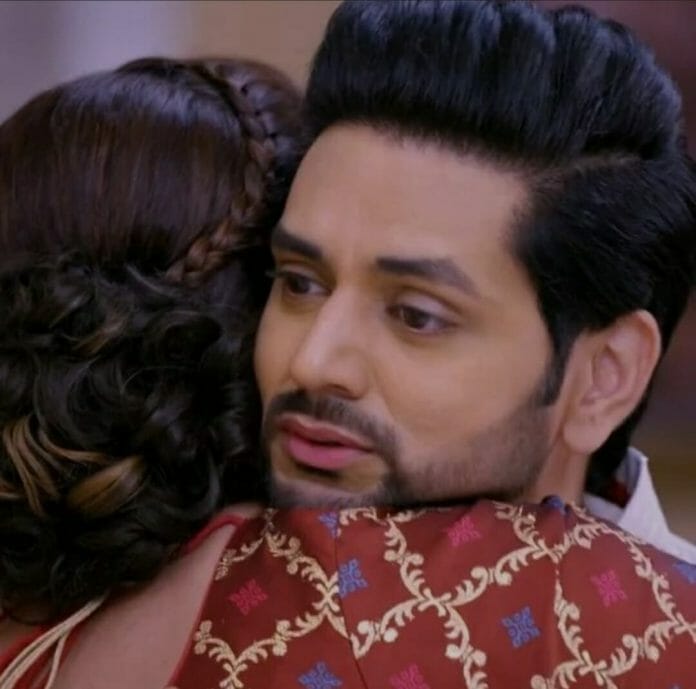 Episode begins with Preeta asks Arjun that if he said something. Arjun reminds her that she has to thank him. She tells him that he can come to house if he wants. He tells her that he has an important meeting so he has to leave. She enters the house. Beeji and Janki gets happy seeing Preeta. Srishti says that she don’t get special treatment like Preeta. Preeta asks her to accept that they loves her the most. Srishti notices her saree and she asks her about it.

Preeta tells them about fire accident. She opens the door hearing door knocking sound. She gets surprised seeing Arjun there. She asks him that what is he doing there. He tells her that he have something to tell. He pushes her aside. He meets everyone. Preeta goes to make tea for everyone. He recalls the moments he shared with her ( Sunle oh mahiya song plays in the background ). Beeji asks Arjun to sit. She tells Srishti to help Preeta but the latter refuses.

In the police station, Prithvi asks lawyer that why the latter helped him. Lawyer tells him that it looks like they met before. Prithvi tells him that, that’s not possible. Sherlyn comes there. Prithvi introduces Sherlyn to lawyer. He tells her that now everything will be fine. Sherlyn twists his hand. He asks her that what is she doing. She scolds him for his wrongdoing. He asks her that how can she think that he did that. She tells him that police inspector told her everything. He tells her that Arjun is behind everything. He says that he lost his phone. She tells him that she won’t trust him. She asks him to rot there for what he did and leaves from there. He screams that why she came if she did not arrange bail for him then. He talks about Karan and Preeta. Lawyer talks about Preeta and Rishabh’s marriage. Prithvi asks him that how the latter knows Luthras.

Preeta offers tea to everyone. She asks Arjun that what is he doing there. Arjun says that he came to complain about her. He tells Beeji that he saved Preeta but Preeta did not even thank him yet. He says that he wants more sugar. Preeta mixes salt in his tea deliberately. Srishti asks Preeta to thank Arjun. Preeta asks Arjun to drink tea. Arjun drinks it. He praises the tea. Preeta blurts out that she mixed salt in his tea. Beeji scolds Preeta.

Sameer comes there. Arjun says that he will help them in party preparations. He hits his head on the door by mistake. Preeta gives haldi milk to him but he refuses to drink it. She treats him. He recalls the past moments and leaves from there without saying anything. Beeji asks Preeta that if the latter said anything to Arjun. Preeta shook her head.

Meanwhile, Arjun recalls the dam incident. He also recalls the moments Rishabh and Preeta shared. He tells himself that his heart is his enemy. He says that he can’t have feelings for Preeta. He decides to stay away from Preeta. He thinks that he can’t let Preeta know his identity until he gets his revenge.