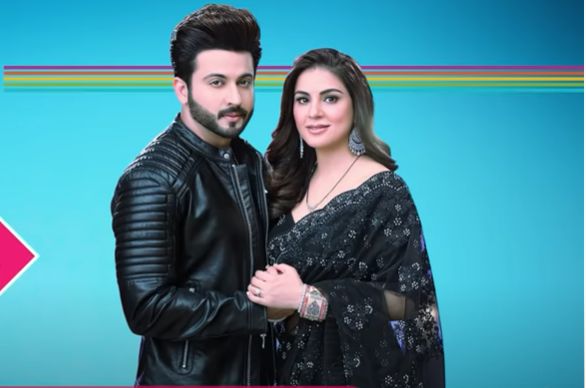 Episode begins with Rakhi tells Kareena that Karan is with them only and she can feel his presence. Kareena tells her that Karan living in their hearts. Rakhi cries hugging her. Kareena tells her that Karan won’t like to see her like this. On the other hand, Karan follows Preeta. Preeta drops Kavya in the school. Karan gets shocked learning that Preeta’s daughter name is Kavya. He recalls that how he wanted to name his daughter name as Kavya. He thinks that Preeta killed his emotions too. He says that he wanted to name his daughter as Kavya but Preeta gave that name to Rishabh’s daughter.

Kavya kisses Preeta and goes inside the school. Karan thinks that Preeta backstabbed him and that wound won’t heal no matter what. He asks that how can she live happily after snatching his life and happiness. One student’s mother tells Preeta that Principal praised Kavya a lot. Preeta gets happy hearing her. She picks Rishabh’s call and tells him that she will talk to him later because she has to meet the Principal. She goes inside the school. Karan follows her. She collides with a student and apologizes to her. She helps that student to get up. She turns around and gets shocked seeing Karan’s back side. He hides when she turned around again. He thinks that why he hided.

Preeta tells her that Rishabh is really sorted person and she will talk to him about Kavya. Karan overhears their conversation and recalls that how Preeta praised Rishabh and criticized him. He thinks that truth was in front of him but he did not see it. He says that he should have suspected Preeta that time. Preeta sees Karan’s back side again and follows him. But he hides in the store room. She also enters the store room. He curses her and thinks that she need to answer him for betraying him. She thinks that she can feel Karan’s presence. Peon locks the store room from outside and leaves from there. She screams for help but no one could hear her.

In the hospital, Anjali scolds hospital staffs for letting Karan leave the house. Doctor asks her to calm down. Meanwhile, Preeta struggles to breathe. She sees Karan’s shadow and asks him to come out. She says that she is not afraid of him and warns him to not try to do anything with her. She adds that she is not alone and her family won’t leave him if he hurted her then. He wonders that how he failed to see her true face.