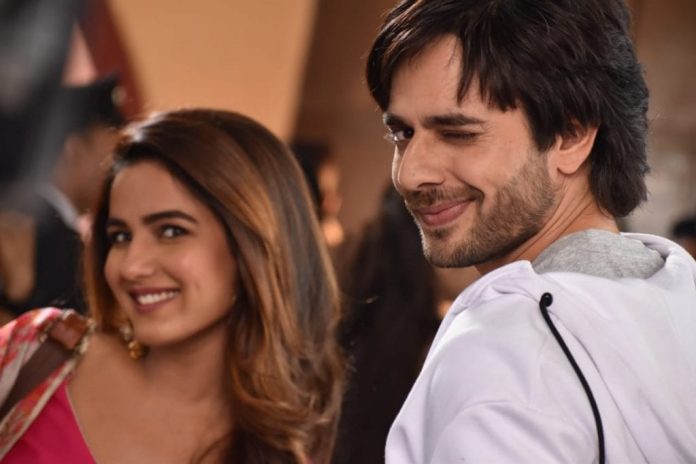 Actor Ansh Bagri is really feeling the love on his latest show Dil Toh Happy Hai Ji. The actor has a lot of romantic moments with his co-actor Jasmin Bhasin on the show and even did a love song recently. “We have had a lot of romantic moments in the story. We have also danced on the song, ‘Mere Naam Tu’ from Shahrukh Khan’s Zero. It was a very soulful and amazing song. It was a great experience dancing on that song. We have seen Shahrukh Khan from childhood and he has taught us the ABC of romance. It was fun to dance like him,” he says.

Talking about his onscreen chemistry with Jasmin, Ansh says, “Our onscreen chemistry is greatly appreciated. The reason behind this is that we respect each other. We always help each other. Jasmin has a pure heart and she is very upfront too. Our jodi has been given a name by fans as ROHA(Rocky + Happy). It’s a beautiful name and I am thankful to them for it. The best compliment that we have got so far is that we look like Shahrukh and Kajol.”

In fact, it was their chemistry that made it easy to dance as well. “Our chemistry and bond are so strong that it was easy to do the dancing sequence. Jasmin is not a professional dancer so our respect and trust on each other made the dancing sequence, especially the lifts, easier,” says Ansh, who is also been trained by ace choreographer Shaimak Davar.

“I have trained under Shaimak as a student for 3 years. Then I came to Mumbai. I learnt a lot of things from Shaimak sir like dance, spirituality, about being a great human being. I have even danced in films behind Shahrukh sir and Salman sir, Priyanka Chopra etc in movies such as Rab ne Bana Di Jodi and Yuvvraj,” he says. Jasmin says, “Ansh loves SRK so it was fantastic when it was SRK song which we got to dance on“